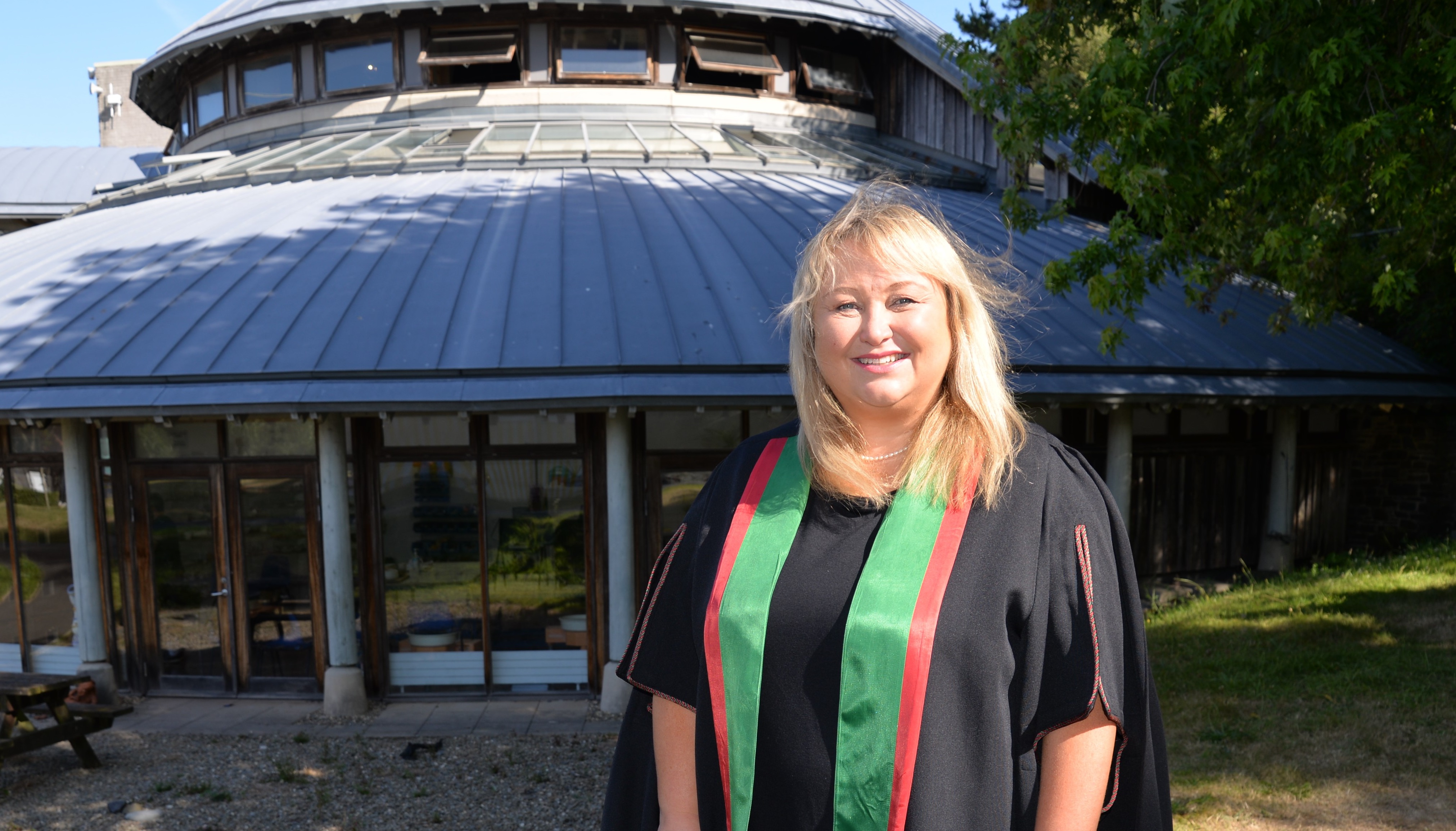 Rhuanedd Richards, National Director of BBC Wales, has been honoured with a Fellowship of Aberystwyth University as part of the summer’s graduation ceremonies.

Rhuanedd Richards graduated with a degree in Theatre, Film and Television Studies from Aberystwyth in 1995.  She then spent a year as the Sabbatical President of the Aberystwyth Guild of Students, whilst also volunteering at Radio Ceredigion and presenting local BBC Radio Cymru bulletins.

In 1996 she received a BBC scholarship to study a Postgraduate Diploma in Broadcast Journalism in Cardiff. She started her career as a journalist with BBC Wales, working as South West Correspondent and later Political Correspondent.

She presented some of the broadcaster’s flagship news and political programmes on television and radio, covered major events at home and abroad and interviewed leading public figures.

She was then appointed Plaid Cymru's Chief Executive from 2011-16, before working as Special Adviser to the Assembly Presiding Officer.

In 2018, she returned to the BBC and became Editor of BBC Radio Cymru and BBC Cymru Fyw.

In 2021 she was promoted to BBC Wales' National Director looking after all the corporation's services and content from Wales, in Welsh and English, on radio, television and online.

Rhuanedd Richards was presented as Honorary Fellow by Professor Jamie Medhurst from the Department of Theatre, Film & Television Studies on Wednesday 13 July 2022.

Chancellor, Vice-Chancellor, prospective graduates, and supporters.  It is an honour and a privilege to present Rhuanedd Richards as a Fellow of Aberystwyth University.

Rhuanedd and I have a number of things in common: we attended the same school, Ysgol Gyfun Rhydfelen in Pontypridd, although I should point out that I was in the sixth form when Rhuanedd began in 1985. Deng mlynedd yn ddiweddarach, fe raddiodd Rhuanedd mewn Drama o’r Adran yr wyf i’n aelod ohoni erbyn hyn, sef Astudiaethau Theatr, Ffilm a Theledu. After graduating in Drama, she remained in Aberystwyth, as so many graduates of this University do (myself included) and served as President of the Aberystwyth Guild of Students for a year whilst also volunteering at Radio Ceredigion and presenting local BBC Radio Cymru bulletins.

One of the good things about attending the same school (albeit some years apart) is that we have friends in common … and these friends are more than willing to share memories of the younger Rhuanedd’s antics, some of which may well have shaped her future career path.

She was clearly destined for a leadership role because she was appointed the school’s Head Girl. And whilst her A Level subjects of History, English, and Drama occupied her during the day she was, by all accounts, a bit of a party animal by night. It was during one of these parties that one Kelly Jones (who later went on to become lead singer of The Stereophonics) decided to gate-crash along with some of his friends, which required Rhuanedd to think on her feet and act swiftly – skills which no doubt are essential in her current role.

Chancellor, it is my absolute pleasure to present Rhuanedd Richards to you as a Fellow of Aberystwyth University. 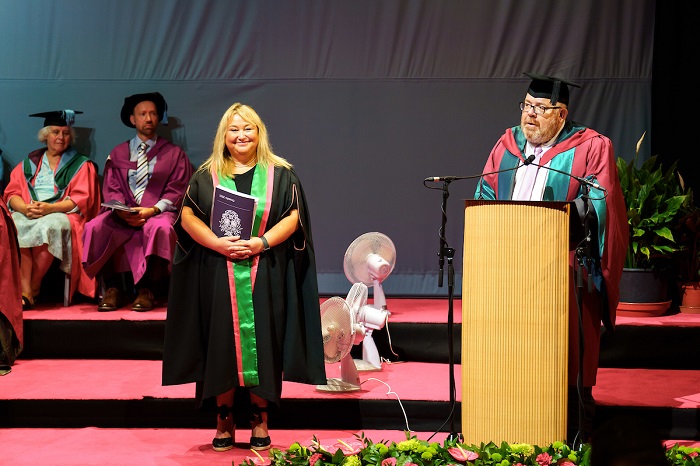 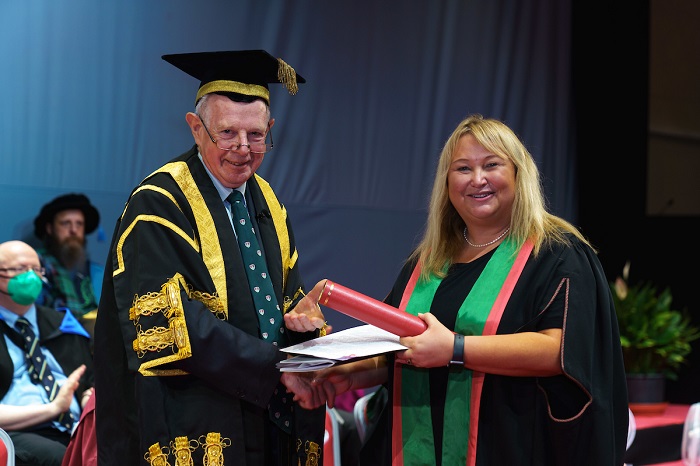