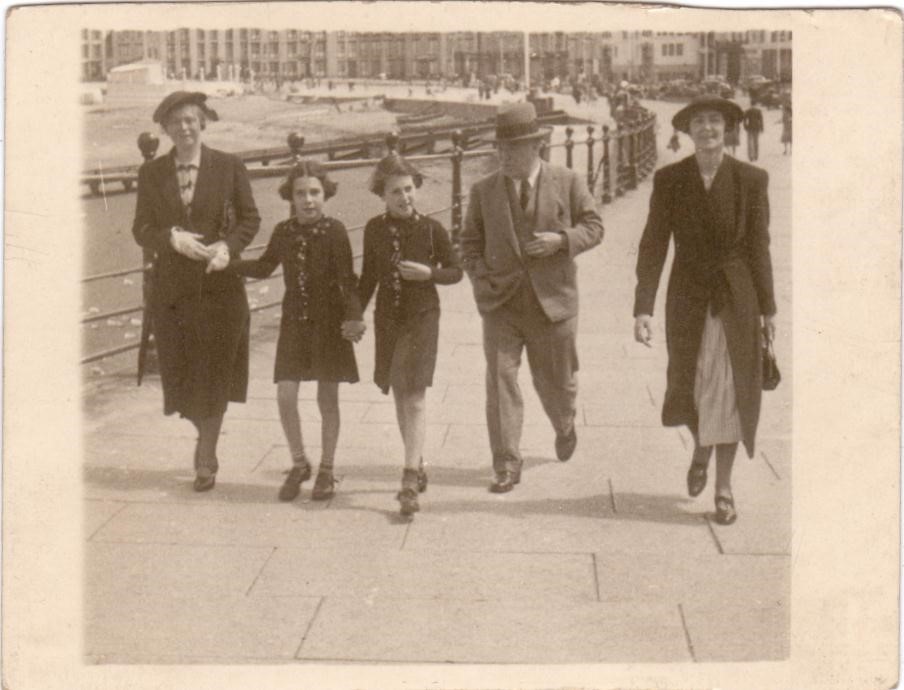 Evelyn and Marion Porak, two young refugees, pictured on Aberystwyth promenade in 1939. The Porak sisters fled to the UK from Germany with their mother in early 1939. They stayed with a family in Aberystwyth, before emigrating to the US in 1947. Photo credit: Brian Pinsent.

An exhibition tracing the history of refugees in Wales from the 1930s until the present day is going on display at Aberystwyth Arts Centre.

‘Refugees from National Socialism in Wales: Learning from the past for the future’ tells the stories of those who found sanctuary in Wales after fleeing from Central Europe due to the National Socialist dictatorship, and draws parallels with modern-day refugees who are making Wales their home.

The exhibition includes artworks, objects, photographs, and literature created by refugees and those working alongside them, both in the past and the present day.

It has been co-curated by Dr Andrea Hammel and Dr Morris Brodie from Aberystwyth University’s Centre for the Movement of People, together with refugees and those who are assisting refugees with resettlement in Wales.

The project is part of the Second World War and Holocaust Partnership Programme, led by Imperial War Museums and funded by the National Lottery Heritage Fund.

The exhibition includes a digital installation, with commentary written and narrated by children’s author Michael Rosen, which brings to life the unique personal experiences of some of the refugees who have made Wales their home over the last century.

Dr Hammel, Director of the Centre for the Movement of People at Aberystwyth University, said: “Through their own words and pictures, the exhibition tells the stories of the men, women and children who fled to Wales over 80 years ago to escape the Nazis.  However, the subject of forced migration is also one of the biggest challenges of the 21st century.  Therefore, also on display are the stories of modern day refugees who are building a new life in Ceredigion.

“As a nation, Wales has been providing sanctuary for refugees for a long time.  The refugees who resettled in Wales in the 1930s and 1940s made this part of the world their home, and are now very much a part of the fabric of Welsh life and culture. In time, the Syrians, Afghans and Ukrainians who followed them will be the same.”

“Through the material collated together in the exhibition, we intend to highlight and interrogate the refugee experience in Wales, by addressing questions about the diversity of Welsh society, religious and linguistic differences, and social, educational and economic challenges. Our project seeks to encourage learning from the past for the future.”

Dr Hammel has also been collaborating with Aberystwyth-based filmmaker Amy Daniel, working alongside groups of refugees and those who help them, to develop a creative response linking different refugee stories in Wales.  The film will be screened as part of the exhibition.

The official opening of the exhibition takes place on 10 November 2022, the anniversary of the Novemberpogrom (‘Kristallnacht’) which took place from 9-10 November 1938.  This wave of orchestrated violent anti-Jewish attacks resulted in widespread damage and destruction of Jewish homes, businesses and synagogues across Germany and Austria.  The event awakened the international community to the desperate plight of the Jews in Central Europe. 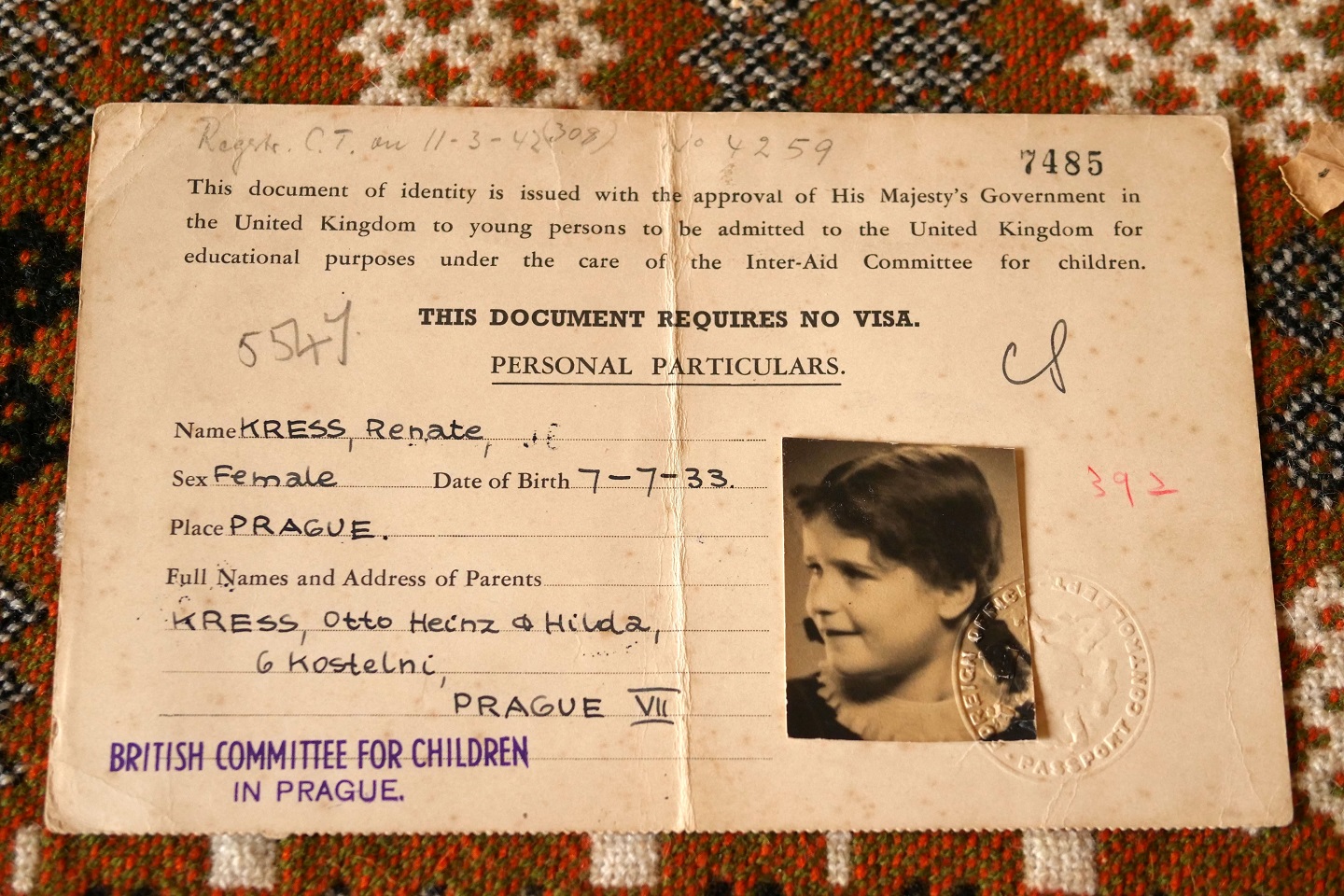 The ID card of Renate Collins (née Kress), issued by the British Committee for Children in Prague. Renate fled, aged 5, on the last Kindertransport train to leave Czechoslovakia, and stayed with a foster family in Porth, Rhondda Cynon Taf. Photo credit: Amy Daniel.

Amongst those attending the official opening will be 89-year-old Renate Collins (b. Renate Kress), who fled Prague on the last Kindertransport train to leave Czechoslovakia before the Second World War broke out.  Renate was fostered and later adopted by a Welsh family in Porth, Rhondda Cynon Taff, and made a life for herself in Wales.  She lost 64 members of her family during the Holocaust, including her parents.  She was awarded the British Empire Medal in the Queen's New Year Honours 2019 for services to Holocaust education.  She is one of the last surviving refugees who fled National Socialism and resettled in Wales.

The opening of the exhibition will also see the official launch of Dr Andrea Hammel’s latest book ‘Finding Refuge: Stories of the men, women and children who fled to Wales to escape the Nazis’, published by Honno Press. The volume features the accounts of a variety of people who found refuge in Wales in the 1930s and 1940s, and the picture they paint of their encounters with Welsh people, and with Wales as a geographical place and a political entity.

The exhibition will be displayed at Aberystwyth Arts Centre from 10 November to 29 January, after which it will travel to the Senedd and Pierhead Galleries in Cardiff between February and April 2023.