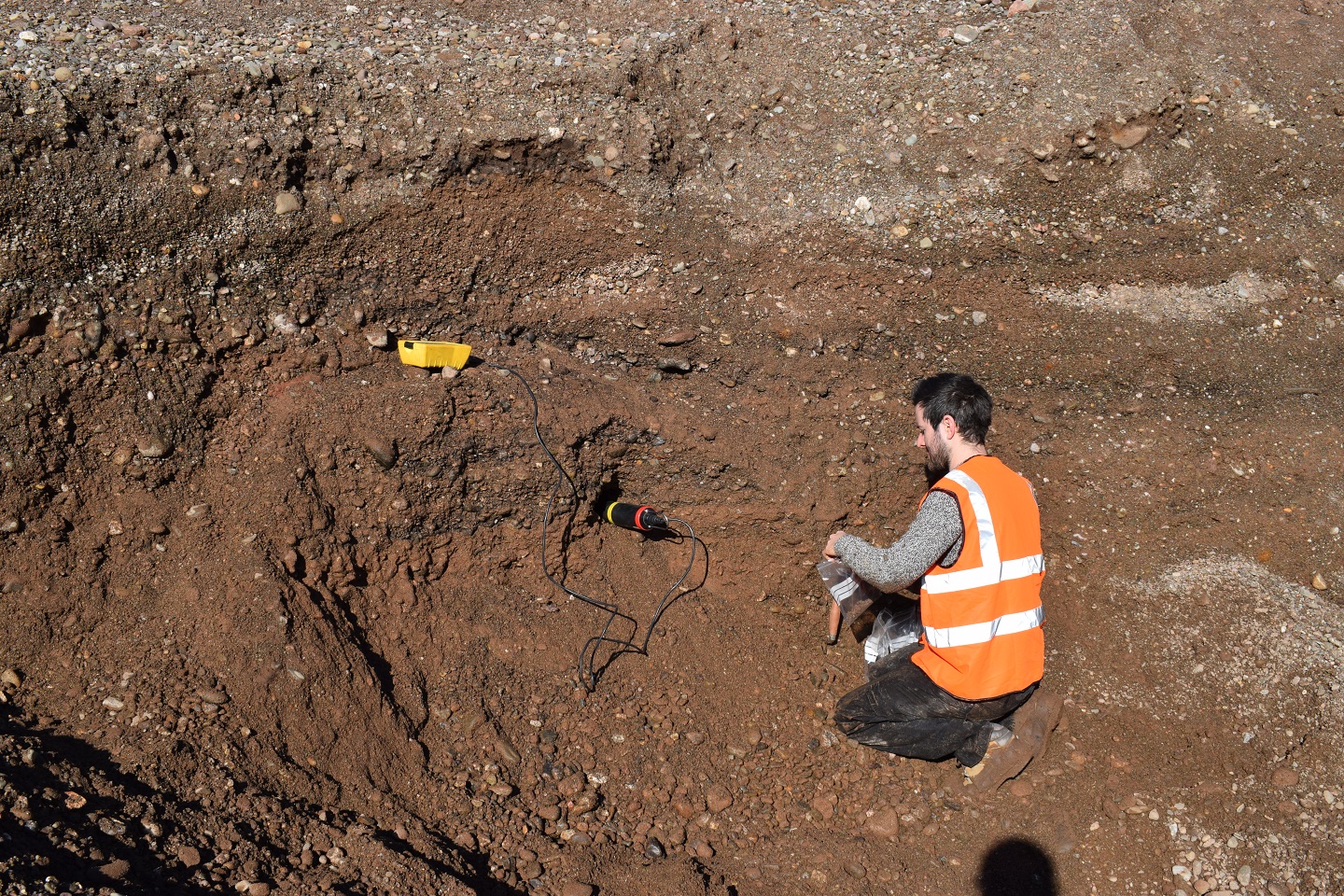 Published in the journal ‘Boreas’, the research studied the last British-Irish ice sheet, which contained enough ice to raise global sea-levels by almost two metres when it melted. The researchers wanted to know how long it takes for such large ice sheets to disappear.

As part of the £3.7 million BRITICE-CHRONO project, funded by the Natural Environment Research Council, experts atAberystwyth University used their luminescence dating techniques to track the advance and retreat of the ice sheet between 31,000 years ago and 15,000 years ago.

The data reveal that the ice stream that flowed through the Irish Sea reached as far south as the Isles of Scilly about 26,000 years ago, but then retreated rapidly in marine areas, such as off the coast of Wales and Ireland.

The rapid retreat could have major implications for how we view the current risks of climate change and the retreat of the world’s remaining ice sheets and glaciers.

A team of researchers from across the UK, including academics from Aberystwyth University, conducted 1,500 days of field investigation both on land and sea, gathering vast amounts of data including 377 cores of sea floor sediments and 690 pieces of new data revealing the age of the ice sheet.

The new details about the vast ice sheet make it the best understood in the world.

“This research is ground-breaking in many ways, and Aberystwyth University’s dating methods are central to these findings. Using our luminescence dating methods, we can now measure far more accurately the age of these glaciers and when they grew and decayed. These findings suggest that there was, in geological terms, a rapid retreat of the ice sheet off the coasts of Wales and Ireland – a matter of a thousand years – which is faster than previously thought.”

“These findings will affect the way we view what is happening with the climate crisis at the moment. We now know that these ancient ice sheets disappeared quickly in marine areas; we need to reflect on what that means for our planet today.”