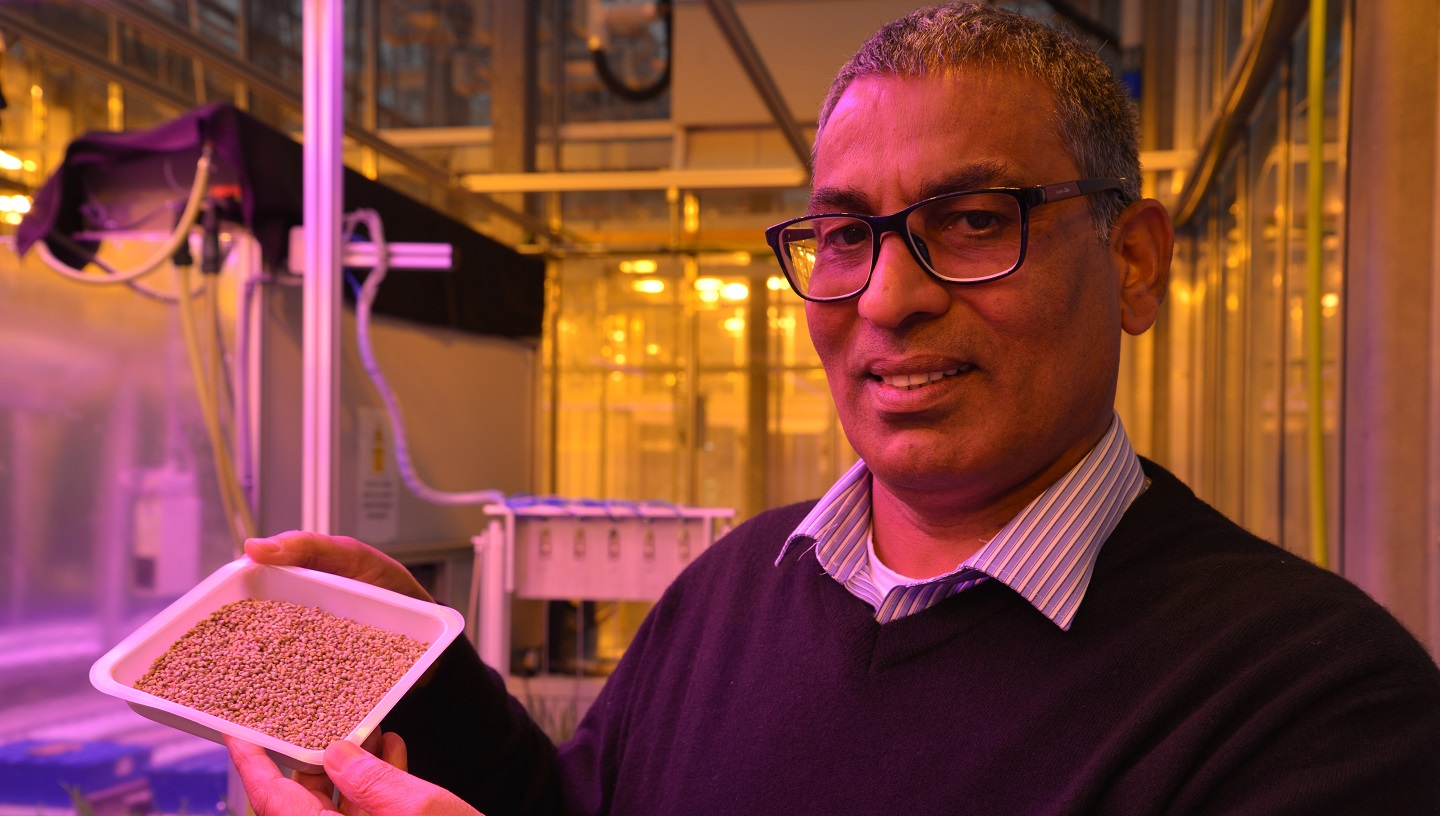 A crop developed at Aberystwyth University is set to help African farmers feed people in the face of climate change.

Aberystwyth University and the International Crops Research Institute for the Semi-Arid Tropics, based in Niamey, Niger, have developed a new drought resistant strain of pearl millet to help prepare for weather disruptions caused by climate change.

Pearl millet is a naturally drought resistant cereal crop that is a staple in many African countries, as well as in India and South Asia.

A recent report by the World Meteorological Organisation estimated that increased temperatures have already reduced Africa’s agricultural productivity by 34%, with more droughts forecast in the future.

Following successful trials of the new strain of the crop in Niger, researchers say the seed is now ready for wider use.

Rattan Yadav, Professor of Plant Genetics at Aberystwyth University, who led the research and has been working on developing the crop since 1996, said:

“Developing this new variety has been a lifetime’s work for me. What has motivated me all these years is knowing that it could make a such big difference to people living in many countries around the world – places where farming is tough and getting tougher because of climate change.

“Pearl millet is a crop that already feeds people in places with some of the most marginal agricultural land in the world. This new strain that we have bred and trialled reacts better to rain, and so will make it even more resilient. So, it will not only be a more secure source of food for people, but also better for farmers’ incomes.”

As well as breeding a new drought resistant variety the new strain also comes with some important health benefits.

The team took advantage of another of pearl millets’ useful qualities and developed their new strain to have a low glycaemic index (GI).

With the number of people living with diabetes in Africa set to double by 2045, access to low GI staple crops offers tangible benefits.

These foods gradually release blood sugar, which is helpful for people with diabetes to consume as a spike in blood sugar levels can be very dangerous.

“Our initial goal was to enable people to have access to food in times of drought. But, with a prediction that 41 million Africans will have type II diabetes by 2045, our new millet variety is a real game changer.”

The research at Aberystwyth University has been supported by the BBSRC, UK Government, INNOVATEUK, the Royal Society and the UK Newton Fund.