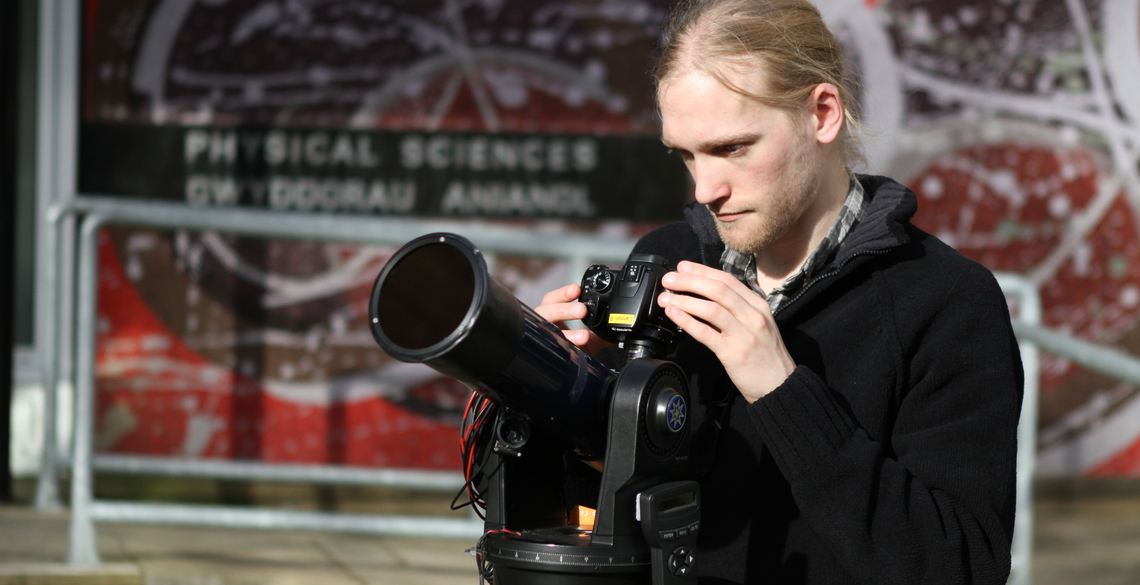 Energy and matter emerge from the Sun and flow through our heliosphere, interacting with planetary atmospheres and surfaces, powering many of the processes which shape our world and define the planetary environment we live in.

The Solar System Physics Group at Aberystwyth studies this single system from the development of eruptive features on the Sun, through the evolution and structure of material in the solar wind, and the impact of this flow on the environments of the inner planets. The group is involved in several current or planned missions, and has a programme of developing novel optical systems and robotic components for space exploration.

If you are interested in studying with us as a postgraduate, a list of typical PhD Solar System Projects is available. These are accredited by, and some are funded by, the Science and Technologies Facilities Council (STFC, https://stfc.ukri.org)

The group carries out research in four main themes:

The Sun, Solar Wind and Heliosphere:

Several aspects of the Sun and its atmosphere remain difficult to explain. These include the transport of energy and magnetic plasma from the solar interior to the atmosphere, and the subsequent expansion (or eruption) of the atmosphere into interplanetary space. Our group’s strengths are in the development of new methods and software tools for data analysis, new high-resolution ground-based observations, and the development and application of advanced atmospheric models. Our Data Archive includes a wealth of data products, software and detailed descriptions of some of our data analysis methods

Research within the group also extends to outside of our own solar system, and into the realms of exoplanets, brown dwarfs and cool stars. Using high-level quantum chemistry methods in conjunction with available experimental data, accurate and complete lists of signature wavelengths of light emitted by different diatomic molecules are being calculated. The ultimate aim is to help astronomers characterise the atmospheres of exoplanets, brown dwarfs and cool stars. More recently, with the help of enthusiastic A-level and undergraduate students, more exotic diatomic species involving elements spanning the full periodic table are being studied which are of interest in the inter-stellar medium and sunspots e.g. BaO, ArH+, XeH+ and various diatomic chlorides.This work is done as part of collaboration with the ExoMol project based at UCL.‌

Using solar and astronomical image processing techniques and mathematical theory we have developed novel image analysis techniques to track the growth of tumours and other cell-based structures, which can be crucial for advancements of therapeutics to treat diseases such as cancers.

The visual similarities between coronal mass ejections and the outward invasion of cells from a tumour spheroid are striking. This study aims to help us better understand changes in the tissue architecture which are associated with tumour growth.

We aim to investigate the effect of solar material as it interacts with planets, and to compare the behaviour of the magnetospheres, ionospheres and exospheres of the Solar System planets.

As part of a European Space Agency (ESA) consortium, Aberystwyth University researchers are aiding in design of the upcoming JUpiter ICy moons Explorer (JUICE) mission to the giant gas planet. Our scientists are working on the Particle Environment Package (PEP) onboard JUICE, and the radiation shielding to protect the sensitive instruments from the harsh Jovian environment.

Working closely with industry partners such as QINETIQ, we are investigating the solar wind's interaction with Earth’s Ionosphere and Magnetosphere. Such interactions are known to interfere with radio communications, as well as many other vital modern infrastructures.

Currently, we are responsible via Europlanet for implementing the new European Planetary Space Weather Service.

We aim to determine the composition of the Moon and inner planets and understand their formation history. We are also developing the next generation of instruments and robotics for planetary exploration. Most recently, our work has been focusing three main bodies: The Moon, Mars, and Mercury.

Lunar: Observations and measurements of the materials which make up the Lunar surface, and mapping local changes due to meteorite impacts.

Mercury: The up-coming ESA BepiColombo mission is scheduled to launch later in 2018. Researchers in our group are modelling the composition of the surface and exosphere of Mercury to predict what BepiColombo is likely to see once it reaches its target.

Martian: Our scientists are part of the ESA/Roscosmos led ExoMars 2018 rover mission. The mission will see the ExoMars rover travel across the Martian surface to search for signs of life as well as take high resolution colour images of its findings. 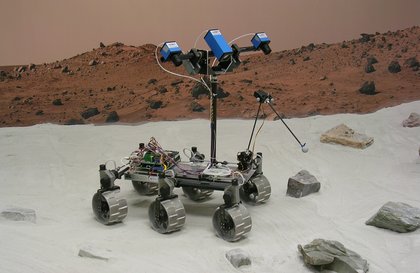 We work closely with Europlanet - Europlanet 2020 RI has received funding from the European Union's Horizon 2020 research and innovation programme under grant agreement No 654208.