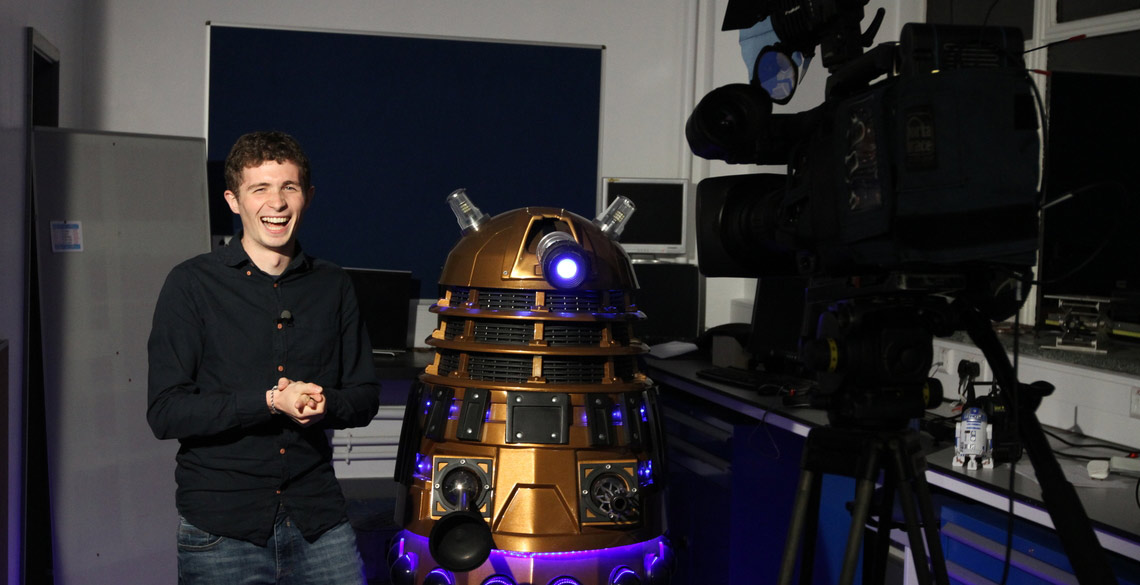 Both staff and students from the Department of Physics collaborate as part of a continuing effort to bring science to the wider community, showcase our cutting-edge research, and inspire young people to develop an interest in physics.

From pop-up planetaria and real-time safety-first viewings of spectacular solar eclipses through our telescopes to virtual reality surveys of the Martian landscape and our full size replica of the Mars Rover, our interactive outreach activities bring science to life and captivate audiences of all ages. 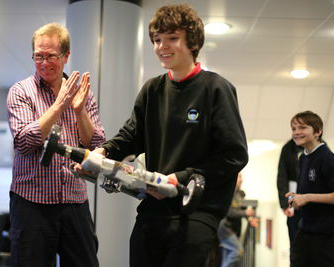 Members of the department frequently engage with local schools and colleges, delivering talks that bring science to life as we take your students on a voyage of exploration of our world and the universe beyond.

The Physics department offers the following talks which are sure to interest and engage your students:

If you require further information about any of our talks or would like to arrange a visit, please contact Tally Roberts (nar25@aber.ac.uk) or Dr Rachel Cross (rac21@aber.ac.uk).

Members of the department also run the Aberystwyth Robotics Club, supported by the Infinity Exhibition. It's an after-school club hosted by Aberystwyth University.

We have a variety of educational resources available for teachers, students and parents/guardians online in the Outreach Hub. These materials are aimed at a range of age groups and include home experiments, worksheets, projects, challenges, research topics, webinars, puzzles, lesson materials and more. 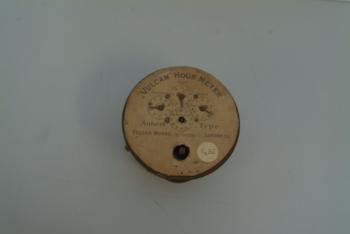 The Aberystwyth University Physics Museum houses many historic pieces of laboratory equipment that were previously used by students as far back as late 19th century, with some pieces dating back even further. The collection includes what is possibly the world's longest-running experiment - the Pitch Drop Experiment - started by G. T. R. Evans on 23 April 1914. Selected museum pieces are on display in the foyer of the Physical Sciences building. A full list of the collection can be found at the Physics Museum. 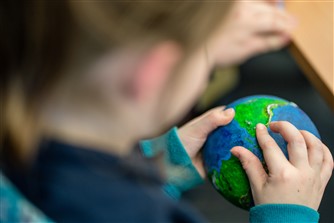 The Department of Physics at Aberystwyth University are pleased to be a delivery partner in the Trio Sci Cymru project. Trio Sci Cymru has designed a series of workshops that highlight the latest space science to get young people of all abilities developing their scientific skills to explore other worlds. In the workshops, students will design a model mission to Mars, plan a day in the life of an exploratory rover, and discover how rockets travel through space and land on a distant planet. Over the next few years, real-world scientific missions will investigate the Sun, Mars and search for planets around other stars. Our sessions will help place these other-worldly activities into the context of the school science curriculum, stimulating students in a fun and engaging environment.

In a unique initiative the Royal Astronomical Society (RAS) has set up an Outreach and Engagement Fund to introduce Astronomy and Geophysics to audiences that are outside the traditional scientific outreach areas.  RAS200 Sky and Earth is an ambitious programme to celebrate the Bicentenary of the Astronomical Society in 2020, with the RAS having earmarked a million pounds for a series of projects.  The aim of the society is to embed and provide a legacy of astronomy and geophysics in the wider society.

This project is based on a collaboration between the National Eisteddfod of Wales, the Urdd Eisteddfod, scientists with expertise in Astronomy and Geophysics and experts in science communication.

It is a project that covers several organisations.  Central to the project are the National Eisteddfod and the Urdd Eisteddfod along with Aberystwyth University, Swansea University, Cardiff University, University of Bristol, University College London (Mullard Space Science Laboratory), Ysgol Glan Clwyd, the Coleg Cymraeg Cenedlaethol, and Telesgop.  The project aims to introduce science to the wider society through arts activities.  It extends from geomorphology on the Earth's surface, through our electrical atmosphere and the Earth's magnetic field, to the inter-planetary space, to the Sun, planets, comets and beyond to the stars and galaxies.