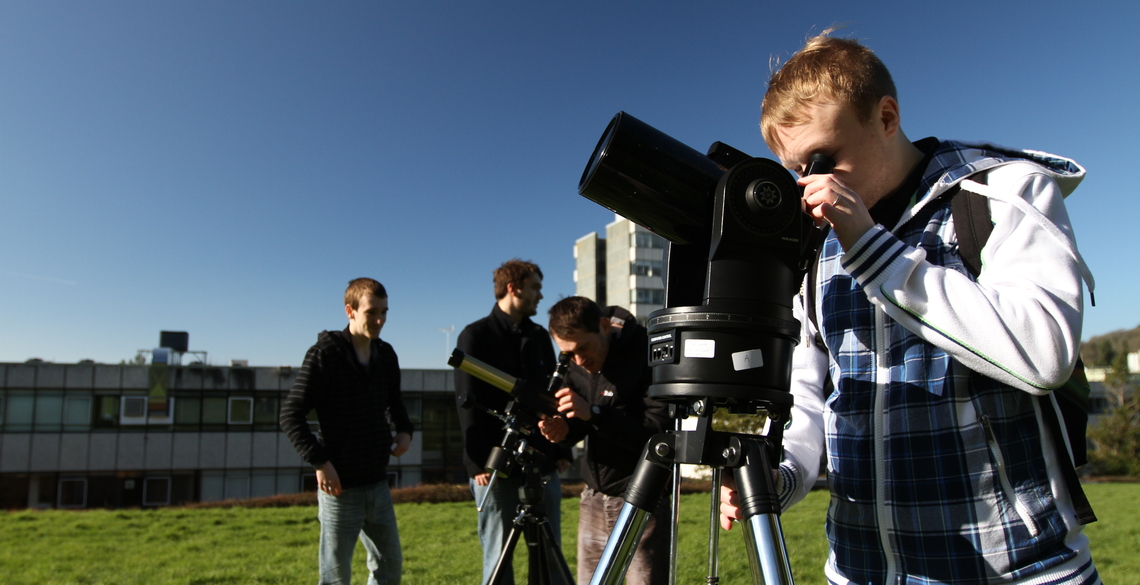 Listed below are possible PhD projects within the Solar System Physics group.

For more information on each project contact the appropriate supervisor to discuss possibilities.

The structure of the solar corona, near the Sun, dictates the conditions of the interplanetary solar wind. Usually, this structure is estimated using magnetic models, with no observational constraints above the solar atmosphere. Solar rotational tomography of coronagraph data gives maps of the coronal structure: a new, direct observational constraint on the 3D distribution of high-density streamers and low-density coronal holes. This project involves extrapolating the coronal 3D structure out to Earth orbit using a simple 1D hydrodynamical model, and comparing the results to direct solar wind measurements. 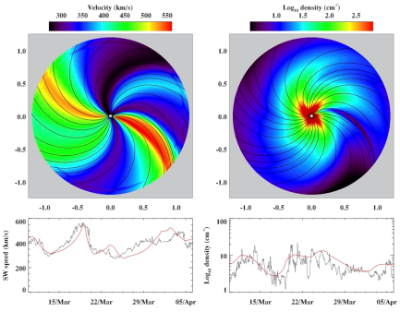 Key questions to address are: what is the relationship between the density structure and velocity near the Sun? Does time-dependent tomography improve the solar wind diagnostics near Earth? And how closely do magnetic models agree with the tomographical density? This project has a direct impact on future solar wind forecasts, a key component of space weather.

Magnetic twists are commonly associated with solar prominences. Twists are believed to play an important role in supporting the dense plasma against gravity as well as in prominence eruptions and coronal mass ejections, which may have a severe impact on the Earth and its near environment. Taroyan and Soler (2019) have recently used a simple model to mimic the formation of a prominence thread by plasma condensation and found exponential twist amplification during the process. 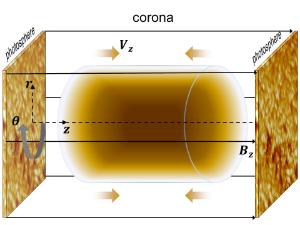 We propose a PhD project to focus on the nonlinear evolution of the twists / Alfvenic perturbations using a multidimensional non-linear model with the aim of investigating the back reaction of the amplified twists on the flow, their possible role in the formation of large twists that may support the dense plasma against gravity, their role in the generation of vortices and in the eruption of prominences.

Crater count measurements of the lunar surface imply that the geology is generally of the order of thousands of million years old. However effects have been observed that suggest that there are, at least at local scales, minor changes. These are from impacts from order of kilogram mass meteorite impacts,  active surface process relating to tectonic activity, potential outgassing, and electrostatic charging and subsequent levitation of dust particles. The proposed project will look for evidence of localized changes over the Moon’s entire surface of 38 million square kilometres by comparing automatically imagery of the same area, but separated in time, utilizing Lunar Reconnaissance (LRO) and earlier imagery. In order to reduce the search space, areas will be targeted for which the locality of impact flash events are known, where surface maturity maps suggest a freshly disturbed soil, steep slopes, young tectonic and meniscus hollow features. Patch-based correlation stereo matching and difference image techniques will be used to register images together in order to highlight changes. Candidates for this project would benefit from one or more of these areas of expertise: computer vision/programming, planetary geology, remote sensing, and GIS.

Short duration flashes, produced from meteoroid masses in the order of grams to several kilograms, striking the Moon, can be detected by video cameras attached to telescopes here on Earth, by studying the earthshine/night side of the Moon. This data tells us about current cratering rates on the Moon as well as the potential hazards to future astronauts and robotic surface missions. Apart from being able to estimate the size of impacting meteoroids, if they occur during a meteor shower of known velocity, blackbody temperatures maybe derived if videos are made through different filters. It is also suspected that higher resolution imaging may detect, occasionally, the spatial extent of ejecta cloud and/or illumination of nearby terrain from impacts. Calculations show that impacts flashes on the dayside of the Moon also stand a good chance of being observed, albeit with slightly lower sensitivity. The purpose of this project is to use a couple of remotely operated telescopes, and coordinate amateur astronomers across the world, to undertake video imaging of the night and day sides of the Moon in multiple wavebands, so as to improve our knowledge of impact flash light curves in time resolution, waveband, signal to noise ratio, and spatial resolution over existing observatories. You will have access to archive observation data, impact modelling software, and can even request LROC imagery to see if you can detect changes between prior and after impact high resolution images.

This is a technology demonstration project to highlight the uses and applications of close range remote sensing and monitoring of the sea surface. You will utilize a remotely operated telescope on the roof of the Physics building to monitor sea surface activity in terms of wave properties, sub-surface imaging, pollution and sediment characterization, object tracking for security, safety purposes, and wild life. Tidal height models will be used to specify the sea level surface, then dip angles and azimuth of parts of the image utilized to determine range and X,Y,Z position on the sea surface. In this way, any objects floating on the sea, viewed at shallow foreshortened views, can be used to calculate wave heights. Wide angle images taken with a colour camera, or filters, can yield information on sea colour and inform us about pollution or sediment load. Wide angle views and sweeps at high resolution, can be used to demonstrate monitoring and tracking of objects in the sea, for example swimmers swept out to sea, illegal fishing, and wild life.

We have a number of current PhD students working within the Solar System Physics group. Some of their projects are listed below to give insight into the projects currently being investigated. Many of the current projects will tie-in with up and coming projects, allowing collaboration across the group.