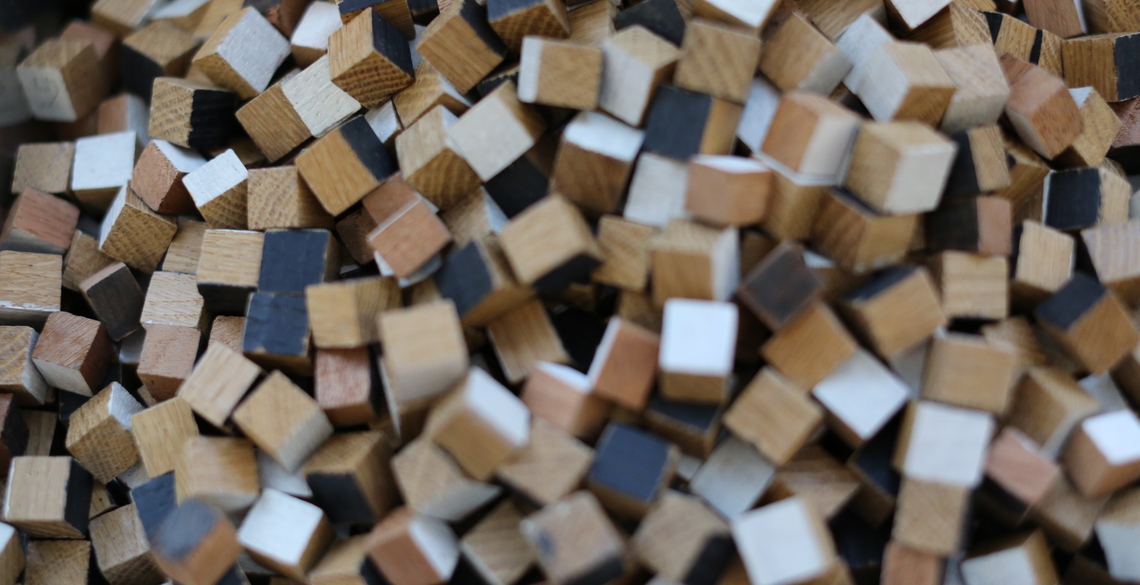 Specific projects may vary from year to year, and related projects may be offered in consultation with the institute.

This project involves the fabrication of epitaxial films of graphene of controlled thickness on the surfaces of diamond. Within an existing EPSRC project, it has been shown that the (111) and (001) surfaces of diamond can provide the structural template and source of carbon for the growth of epitaxial films. The resultant films are of very high structural and electronic quality and the number of layers of sp2 carbon can be precisely determined. The process is thermally controlled and mediated by a nanoscale transition metal layer that acts as a catalyst. Various templating geometries and fabrication conditions will be explored and the structures characterised by XPS, ARPES, LEED and Raman. The  project will also involve the use of advanced synchrotron radiation methods. The project will be funded for 4 years via the EPSRC CDT in Diamond Science.

The influence of the surface on light emission from diamond surfaces is an important consideration in optical devices operating at reduced dimensions or at the quantum level. The structural and compositional properties of diamond surfaces can be determined with sub-monolayer sensitivity using electron, x-ray and scanned-probe methods; extracting the optical properties is more challenging. Using bespoke instrumentation developed for combined optical and x-ray studies of solids using synchrotron radiation and for in-situ electron spectroscopy, this project will involve the parallel study of optical and electron emission from the the near-surface region of diamond samples prepared and characterised in-situ. The project will be funded for 4 years via the EPSRC CDT in Diamond Science.

Organic semiconductors represent a technologically important class of polymeric materials, with applications as a low-cost alternative to silicon-based optoelectronics. This Ph.D. project will aim to explore new directions in organic optoelectronics, by probing advanced supramolecular designs and novel material deposition technologies (e.g. electrospray coating). A wide range of spectroscopic, scanning probe, and theoretical modelling methods are available within IMPACS for use in this research.

The classical laws of optics break down with materials which are structured on the sub-micron size-scale of the wavelength of light – often called “photonic crystals”. New effects are then possible such as structural colour, photonic bandgaps, and optical switching. This Ph.D. project is based upon a new process for making photonic crystals which depends on the self-assembly of sub-micron sized plastic spheres, allowing the production of sheets of “polymer opals” which are metres long. The student will use detailed optical, opto-mechanical, and theoretical studies to further our understanding of the properties of such systems.

A single detector is about 100 times less efficient in measuring a spectrum than an array of 100 detectors. Miniaturisation of the large amounts of circuitry needed for many detectors can only be achieved by integration on silicon. Aberystwyth is at the forefront of research and development of detector arrays fully integrated on silicon chips with all associated control and data storage electronics. Since 1985 we have developed an array with 384 detectors fully integrated on a silicon chip and we now have the know-how produce an even larger single-chip array.

Most modern applications of spectrometry require the highest quality data possible and therefore characterisation of the array and accurate deconvolution are essential. Detector development can only move forward efficiently when all parts of the measurement are considered on an equal footing - the multiplier, read-out electronics (array), data acquisition electronics, and data processing/deconvolution. A weakness in one of these is a potential source of lost opportunity. For about 30 years since the introduction of MCPs and array detectors, the problem of non-uniformity (always present in arrays of detectors) has remained unsolved until the Aberystwyth work. Previously, non-uniformity was corrected by for example moving a spectrum across the array so that every detector sampled every part of the spectrum, but this compromises the simplicity and efficiency of the array and does not recover the resolution of the incident spectrum.A new mathematical model of the measurement process developed at Aberystwyth has successfully enabled deconvolution of measured spectra in the presence of array non-uniformity and this model is now to be developed further to give an optimum deconvolution algorithm which will correct both non-uniformity and non-linearity simultaneously.

The structure of liquids and amorphous materials under extreme conditions 1: The influence of pressure

There is indirect evidence to suggest that liquid structures may change abruptly with pressure. Such structural changes would have important consequences for the liquid transport properties; viscosity, diffusion and electrical conductivity. One influence of pressure is to change the liquid structure discontinuously over a narrow interval, or though a first order liquid-liquid transition: this is the phenomenon of polyamorphism.

The aim of this proposal is to employ the successful techniques already developed to investigate the structure of amorphous materials under pressure in order to explore the structural changes responsible for polyamorphism. Specifically, four questions will be addressed:

The main experimental techniques will be neutron and X-ray diffraction. The diffraction measurements will be made in situ and will require the use of a high pressure cell (Paris-Edinburgh) to be used at large national neutron and synchrotron X-ray sources.

The structure of liquids and amorphous materials under extreme conditions 2: The influence of temperature

The macroscopic properties of liquids, such as their viscosity and thermodynamic properties reflect their microscopic structure. As is well known the viscosity of a liquid will change as a function of temperature but the nature of this temperature dependence varies. Although in principle it is straightforward to link the structure of liquids and viscosity there is no proven link. This is because there are very few studies of liquid structure in situ and even fewer studies in the supercooled liquid regime, where transport properties such as viscosity change most rapidly.

Containerless levitation can be combined with synchrotron X-ray techniques to determine liquid structure and we have successfully applied small and wide angle X-ray scattering at the Synchrotron radiation Source, Daresbury (UK) to investigate, for the first time the transition in a Y2O3-Al2O3 liquid, this set of experiments has shown that there is an increase in small angle signal at the point of transition, indicating fluctuations in density and some apparent changes in wide angle signal.

Liquids lack long-range order and the periodicity that so characterises the crystalline state. While neutron diffraction is ideal, the scattered signal is weak and requires long counting times to achieve reasonable statistics. High energy X-rays are neutron-like in that they penetrate liquid samples and act more as a bulk probe, also they can be focused and masked to give a small spot size allowing diffraction data to be collected on a short time scale for samples such as levitated liquid spheres. High energy X-rays are further suited to studying oxide liquids because they are able to probe metal-metal correlations (the signal from neutron diffraction is dominated by the scatter from oxygen), that reflect differences in mid-range order, that is differences in the way that individual structural units are configured. High energy X-ray studies have been carried out successfully on stable levitated liquids this proposed experiment is the first time that the super cooled regime of Y2O3-Al2O3 has been probed.

The aim of this proposal is investigate the structure of oxide liquids in the stable and metastable regime. Here too, four questions will be addressed:

The aim of the project is to use polymers to create ordered arrays of inorganic nano-particles.  This self-assembly approach uses the response of co-polymer structures to environmental factors such as temperature and acidity to manoeuver inorganic nano-particles into positions and configurations which are determined by the desired functionality.  A main application is the directed deposition of transparent conducting oxide particles to form transfer layers in photovoltaic devices.  The project will correlate polymer structures and resulting film qualities with environmental parameters using small-angle x-ray scattering and fibre diffraction as well as neutron diffraction with selectively deuterated polymer samples to achieve high-quality structural data in controlled environments.

The student will be working closely with our partners at Diamond Light Source, beamline I22.  It is anticipated that central facility time for 2-3 synchrotron or neutron experiments (at Diamond, Hahn-Meitner-Institut Berlin and Rutherford Appleton Lab) per year will be available.

Applicants should have a background in either physics or chemistry and be keen to learn aspects of the other subject relevant to the project.

Nano-structured materials consist of very small particles in a continuous matrix. The small size of the particles and the resulting large fraction of material located in internal surfaces and interfaces can result in dramatic changes of the properties of these materials. Nano-materials are frequently used as catalysts or for their size-dependent tunable optical properties.  Because the interfaces are so dominant, it is necessary to develop techniques to probe specifically the interface structure if nano-materials with predictable function are to be designed. Contrast variation enables us to highlight atoms located in a particular phase in a complex, heterogeneous material. We will use a combination of anomalous small-angle x-ray scattering (ASAXS), a scattering technique that uses a resonant effect near the absorption edge of an element, and neutron diffraction with isotopic substitution to establish the interface structure at all levels from individual atoms up to the level of the grains that make up the embedded particulate phase.  These experiments will be carried out at facilities such as the Diamond synchrotron, Rutherford-Appleton Lab and Helmholtz-Zentrum Berlin.

Using x-ray diffraction, we will investigate in real time the response of materials to thermal shock. Such effects can include phase transitions, amorphisation (or even local melting), formation of dislocations and cracks due to local strain build-up. The heat will be supplied by a strong infrared laser to maximise thermal gradients and heating rates. This kind of research feeds into the development of better materials for thermal barriers such as those used in melting furnaces or in turbine engines. Such materials are used both as bulk components and as thin protective coatings. To simulate the latter, we will do experiments on films produced by sol-gel dip coating.

In a second stage, it is planned to extend the sample cell to include variable reactive atmospheres. This will allow us to investigate the reaction kinetics of corrosion reactions.

This project involves the bubble-scale numerical simulation of the flow of foams.  Possible areas of application include the sedimentation of non-spherical objects through a foam, and flow through pipes containing constrictions and corners, as appear in discrete microfluidics.  Algorithms need to be developed to make simulations with many bubbles tractable. See http://users.aber.ac.uk/sxc/foam.html for further details.

The project will use our experimental apparatus for the study of foam flows to understand bubble motion in narrow channels with twists and turns. The project will measure pressure drops and bubble deformation; by varying the channel geometry and the chemical formulation of the foam this will allow us to understand the interplay of forces as a function of these parameters. See http://users.aber.ac.uk/sxc/foam.html for further details.