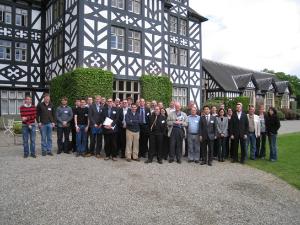 ﻿The fifth international conference at Gregynog took place ten years on from terrorist attacks of 11 September 2001 (and just a few days after the death of Osama bin Laden). The conference sought to explore the impact of these and subsequent related events  concerning all aspects of the nature and role of intelligence. The themes of the conference were: intelligence and human rights; diplomacy and intelligence; counter-terrorism; counter-proliferation; the organisation of intelligence; military intelligence; and SIGINT/HUMINT.

The conference engaged many leading scholars, former practitioners and PhD students in re-assessing established themes as well as exploring emerging issues in the study and practice of intelligence. A major emphasis consisted of comparative approaches whereby intelligence cultures and practices are compared and contrasted. Finally, the conference sought to examine current challenges in the light of historical experience and discuss the manner in which the proceedings possessed contemporary relevance and specificity.

Videos from the event