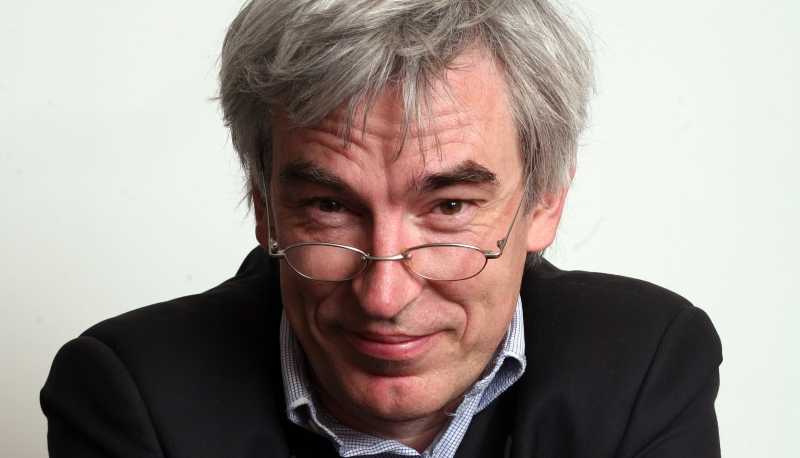 Renowned print and broadcast journalist Dr Owen Bennet-Jones will reflect on his career as a BBC correspondent and journalist, and discuss the rivalry between Al-Qaeda and Islamic State in two public lectures at Aberystwyth University on Monday 20 February 2017.

In ‘Nation shall speak unto Nation: Reporting in War and Peace from Beirut, Bucharest, Hanoi, Kabul and Islamabad, 1981-2017’, the veteran reporter and journalist of over thirty years’ standing will reflect on the evolution of the ‘foreign correspondent’ in a rapidly changing world.

The lecture takes place at Lecture Theatre A12, in the Hugh Owen Building on Penglais Campus and starts at 3pm.

The rivalry between Al-Qaeda and the Islamic State, often considered ideological bedfellows, will be the subject of his second lecture.

In ‘Al-Qaeda and Islamic State: Brothers in Arms or Rivals?’ Dr Bennett-Jones will draw on his long and rich experiences of the Middle East, Afghanistan, Pakistan and elsewhere to demonstrate that this is far from the case.

This lecture takes place at 5:15pm in the Main Hall of the Department of International Politics.

Dr Gerry Hughes, Director of the Centre for Intelligence and International Security Studies said: “We are delighted that Dr Owen Bennett-Jones will be joining us to share his vast experience and discuss the lessons learned from his reporting from international hotspots such as Beirut, Bucharest, Hanoi, Kabul and Islamabad and his analysis of the rivalry between two of the most feared terrorist groups - Al-Qaeda and Islamic State. Few people can match Owen Bennett-Jones’ expertise on this crucial subject, on which he has reported, written and researched so widely and for so long across the globe.

Dr Jan Ruzicka, Director of the David Davies Memorial Institute said: “Dr Bennett-Jones is the latest in a series of high profile speakers, including the UK’s former Permanent Representative to the United Nations, Sir Emyr Jones Parry, and Iraq Inquiry member Sir Lawrence Freedman, to have spoken at Aberystwyth University since the beginning of the year. Their involvement underlines one of our primary aims, to build bridges between the academic and practitioner worlds and to provide a forum for sharing different views and perspectives on the most important challenges in contemporary world politics.”

Both lectures are open to students, staff and members of the public, and are free to attend.

Dr Owen Bennett-Jones
Dr Owen Bennett-Jones (@OwenBennettJone) is a native of Rhosneigr, Ynys Môn, and has reported for the BBC from over 60 countries. He has interviewed presidents, prime ministers, active members of Al-Qaeda and a plethora of civilians, soldiers, politicians and other key players in global politics. He has been a resident foreign correspondent in Islamabad, Bucharest, Hanoi, Beirut and Geneva. In 2008, he was Sony news journalist of the year and, in 2009, the Commonwealth journalist of the year. He has degrees from the London School of Economics, the University of Oxford and a PhD from the University of Hull. In 2012 Owen Bennett-Jones was Ferris Professor of Journalism at Princeton University and a visiting professor at the University of Southern California in 2014.

Owen Bennett-Jones's book, Pakistan: Eye of the Storm, was published by Yale University Press and went into its third edition in 2010. In 2012, he co-wrote a radio play about the assassination of the Pakistani politician Salman Taseer (entitled Blasphemy and the Governor of Punjab). This play was broadcast on BBC Radio 4 and the BBC World Service. In 2013, Bennett-Jones published his first work of fiction, Target Britain, a political thriller set against the background of the War on Terror. Owen Bennett-Jones has contributed to Lonely Planet's Pakistan and the Karakoram Highway and has written for the Financial Times, the Guardian, the New Republic, the Spectator, Intelligence and National Security and the London Review of Books. Dr Owen Bennett-Jones is currently the London correspondent for Dawn (Islamabad) newspaper and the host of Newshour on the BBC World Service.