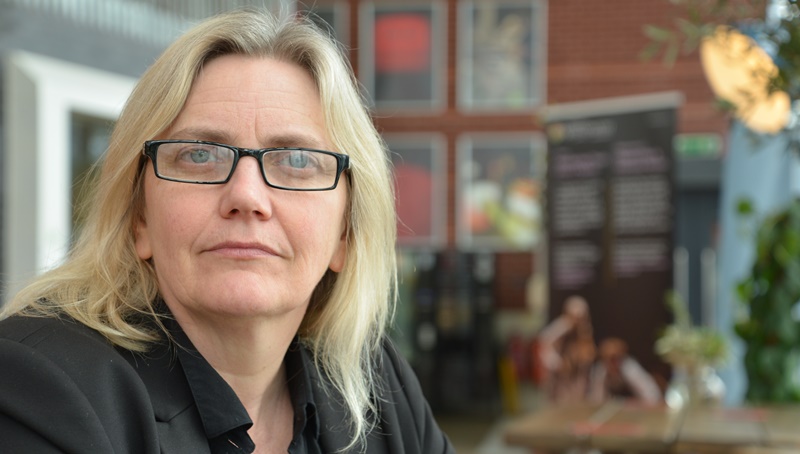 Professor Elin H G Jones, Director of the Mercator Institute which is based at Aberystwyth University

A leading academic from Aberystwyth University has been appointed by the Council of Europe to join a working group to review the European Charter for Regional or Minority Languages.

Professor Elin H G Jones, Director of the Mercator Institute at the Department of Theatre, Film and Television Studies, joins the Working Group on the Media which meets for the first time in Brussels this week (6 and 7 April 2017).

Adopted by the Council of Europe in 1992, the European Charter for Regional or Minority Languages is designed to protect and promote regional or minority languages and to enable speakers to use them both in private and public life.

The Working Group will discuss how the impact of the changing media environment might have influenced the Charter’s case-law since it came into force.

It will also consider how best to take these changes into account when making recommendations for individual States to take particular action to comply with the Charter’s provision on media.

It will conclude its deliberations by the autumn of 2017.

Professor Jones said: “It is a very opportune moment to review how this Charter can be impactful in the field of Media, given the transformations that we have seen over the past two decades – a revolution in communications technology, the advent of social media, changes to public investment and economic models and an increasingly globalized context to media.

“I’m looking forward to working with other members of the Council of Europe’s Working Group on this review of the European Charter for Regional or Minority Languages.”

Professor Elizabeth Treasure, Vice-Chancellor at Aberystwyth University has welcomed Professor Jones’ appointment: “We’re delighted that Professor Jones has been invited to join this prestigious Working Group of academic experts from several universities in other European countries. This is recognition of her work over many decades in the field of minority language media, as well as the work of the Mercator Institute here at Aberystwyth University.”

In November 2017, the Council of Europe will host an international conference to mark the Charter’s 25th anniversary.

The European Charter for Regional and Minority Languages

The European Charter for Regional or Minority Languages was adopted as a convention on 25 June 1992 by the Committee of Ministers of the Council of Europe, and was opened for signature in Strasbourg on 5 November 1992. It entered into force as a Treaty on 1 March 1998. European Treaties Series 148.

The Charter obliges the States Parties to actively promote the use of regional and minority languages in education, courts, administration, media, culture, economic and social life, and cross-border co-operation.

The Charter goes beyond minority protection and anti-discrimination, requiring its States Parties to also take active promotional measures for the benefit of minority languages.

The Council of Europe monitors that the Charter is applied in practice and governments are required to submit Periodical Reports every three years.

The Reports are evaluated by the International Committee of Experts and Recommendations are made to each state by the Committee of Ministers of the Council of Europe.

To date 33 of the 47 member states of the Council of Europe (not EU) have signed the Charter, and 25 of those have ratified it: Armenia, Austria, Bosnia and Herzegovina, Croatia, Cyprus, the Czech Republic, Denmark, Finland, Germany, Hungary, Liechtenstein, Luxemburg, Montenegro, the Netherlands, Norway, Poland, Romania, Serbia, Slovakia, Slovenia, Spain, Sweden, Switzerland, Ukraine and the United Kingdom. In these States, the Charter protects and promotes 79 languages used by 203 national minorities/linguistic groups.