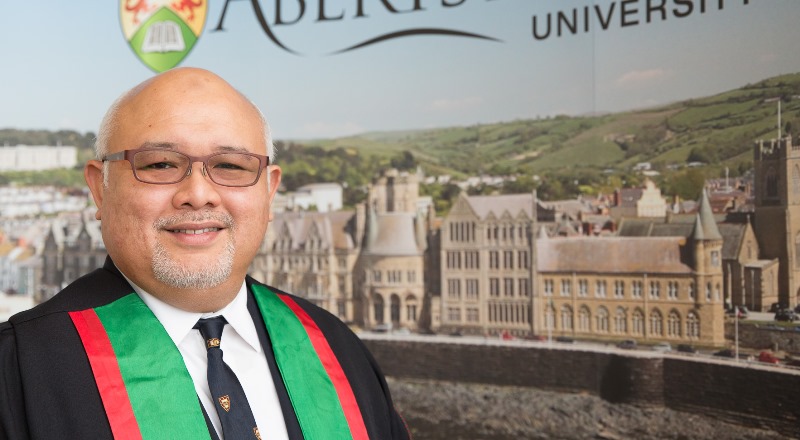 Sharil graduated with a LLB (Hons) from Aberystwyth University before being called to the bar at Gray’s Inn.

From 2011-14 he was Chairman and Chief Executive of the Malaysian Communications and Multimedia Commission (MCMC), an independent regulatory body set up by an Act of Parliament to develop, oversee and regulate the communications and multimedia sector in Malaysia.

He was also a Board Member of the Internet Corporation for Assigned Names and Numbers (ICANN) and Chairman of ICANN’s Governmental Advisory Body from 2004-07.

He has worked closely with many international organisations, and was also involved in the International Telecommunications Union (ITU) mPowering Development Initiative and Vice Chair of ITU’s Child Online Protection initiative.

Pro Chancellor, Vice-Chancellor, prospective graduates and supporters.  It is an honour and a privilege to present Dato’ Mohamed Sharil bin Mohamed Tarmizi as a Fellow of Aberystwyth University.

Sharil Mohamed Tarmizi is an independent consultant and former regulator of the telecommunications and multimedia sector in Malaysia. In this  role he led significant innovation and developments of the sector in that country and continues to contribute at both national and global levels to various initiatives in this area.  An alumnus of Aberystwyth University, Sharil graduated with an LL.B (Hons) from the then University College of Wales Aberystwyth, qualified as a Barrister  of Gray’s Inn,  and upon his return home was subsequently called to the Malaysian Bar in 1994.

Once home, Sharil followed a well-trodden path into private legal practice, with some of the leading law firms in the country. He started out initially working on various aspects of corporate law and litigation before he moved in the late 1990s to the area of technology- a pioneering field in Malaysia at this time, with his firm being the first to introduce this as an area of legal practice in the country.

In May 2000, Sharil was invited to join the Malaysian Communications and Multimedia Commission (MCMC), an independent regulatory body set up by an Act of Parliament to develop, oversee and regulate the communications and multimedia sector in Malaysia, including broadband, Internet, telecommunications, postal and courier services and digital signature services.  This started a long relationship with this body (albeit with a brief hiatus) with him eventually taking over the helm in 2011.  After nearly six years in his sfirst stint with MCMC, Sharil  moved back to the private sector, this time to join a boutique investment advisory firm, BinaFiki where he became the Executive Director and Head of Strategy. However, his links with the MCMC continued as he was subsequently appointed a member of the Commission, making him the youngest Commission Member in the history of the country, and the first time that a former member of staff was appointed to the Board. In June 2008, he was invited back to the MCMC in an executive capacity as the Chief Operating Officer, becoming Acting Chairman from May- December 2009. In October 2011, he was appointed substantive Chairman and Chief Executive of MCMC, a post he held until December 2014.

Sharil led the development of the regulatory framework for a converged and liberalised telecoms and broadcasting industry, the introduction of 3G mobile in Malaysia and digital television. Many of the policies that Sharil and his team developed still underpins the structure and growth of the sector in Malaysia today. Other notable achievements include the development of the spectrum auction framework; increase in household broadband penetration from approximately 28% in late 2010 to 69% by the end of 2014 and implementation of online commerce.  The impact this had on improving people’s livelihoods was recognised by the United Nation’s Commission on Broadband an also the International Telecommunications Union. There have also been various recognitions of the effectiveness of the regulatory environment, with Fitch Rattings giving Malaysia a positive rating, beating important players such as Singapore, Hong Kong, Australia and New Zealand.; and Malaysia leading 46 emerging economies on its framework for affordable broadband.  The country was also applauded for its work on cybersecurity, with Malaysia recognised as a leader together with Australia on the Asia Pacific Cybersecurity Index and 3rd globally for cybersecurity readiness pursuant to the Global Cybersecurity Index

Sharil is recognised as a global expert on technology, economic development and regulation and contributes in various capacities both in Malaysia, and to the work of leading international organisations in this field. This includes Internet Corporation of Assigned Names and Numbers, the International Telecommunications Union, the World Bank, the World Trade Organisation, Asia-Pacific Telecommunity (APT), Pacific Islands Telecommunications Associations (PITA), Commonwealth Telecommunication Organisation (CTO), and the International Institute of Communications.  Sharil was also the lead negotiator for the Malaysian telecoms sector in the Doha rounds of WTO and led several Free Trade Agreement negotiations, with Japan, India, Australia and New Zealand.  He was also a committee member on the mPowering Development, which was a global advisory committee comprising of various organisations and individuals from around the world on how mobile commerce can be further enchanced. He was also Vice Chairman of the ITU’s Child Online Protection initiative.

Pro Chancellor, it is my absolute pleasure to present Dato’ Mohamed Sharil bin Mohamed Tarmizi to you as a Fellow of Aberystwyth University. 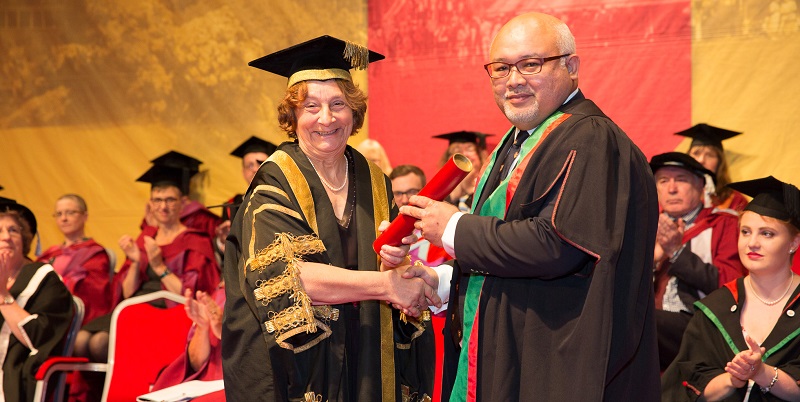 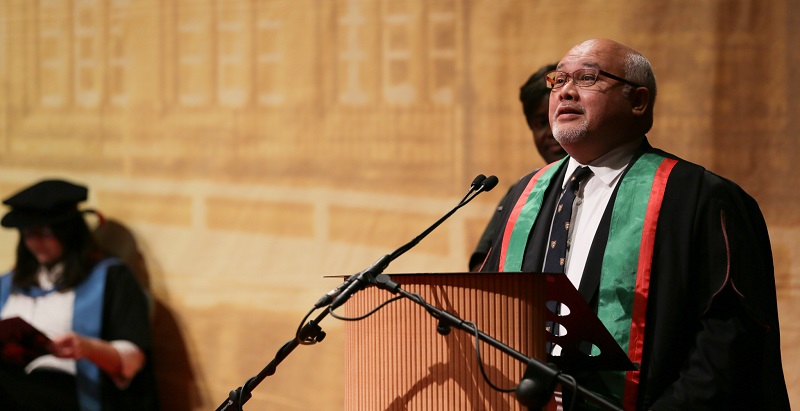 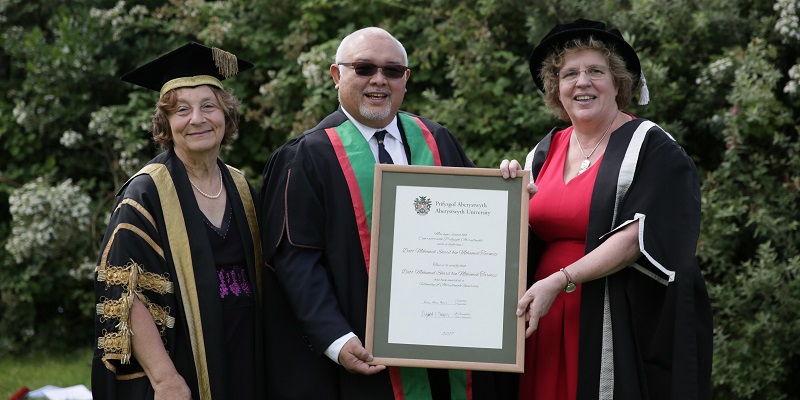