Lance Batchelor, the Chief Executive Officer of Saga plc, has been presented with an Honorary Fellowship from Aberystwyth University.

An alumnus of the University, Lance joined Saga in 2014 prior to the company being listed on the Stock Exchange.

He was the CEO of Domino’s Pizza plc from 2011-14, CEO of Tesco Mobile from 2008-11, and has also been Marketing Director at Procter & Gamble, Amazon.com and Vodafone.

Lance’s early career was in the Royal Navy, where he served for eight years from 1982-1991, including service on minesweepers and submarines.

Lance holds a BSc (Econ) from Aberystwyth University (1985) and an MBA from Harvard Business School (1993).

He is also a Trustee of The White Ensign Association and Vice Patron of The Royal Navy and Royal Marines Charity.

Chancellor, Vice-Chancellor, prospective graduates and supporters.  It is an honour and a privilege to present Lance Batchelor as a Fellow of Aberystwyth University.

Lance has an impressive CV in the world of business. He is currently Group Chief Executive Officer of Saga, the travel, insurance and healthcare group for the over 50s.

He is also an Aber graduate who studied for a BSc Econ in International Politics and Strategic Studies here in the 1980s.

After his graduation ceremony, he went on to an eight year career in the Royal Navy, during which time he became the navigating officer of a nuclear submarine and rose to the rank of Flag Lieutenant to the Flag Officer Submarines. Lance then returned to the world of higher education, studying for an MBA at Harvard Business School. He subsequently embarked on a career at Procter & Gamble, after winning a place on their trainee scheme.

Eight years later, while working for P&G in the US, he moved to online retailer Amazon in Seattle as a general manager running its DVD business.

Two years later, he returned to the UK as Vodafone’s marketing chief in the UK then another two years down the line, he became the company’s global marketing director.

Lance left Vodafone in 2006 to set up his own personal computer troubleshooting company - The PC Guys - which grew rapidly across the South East of England before being bought a year later by Tesco. And soon after, Lance became Marketing Director of Tesco plc.

His performance at Domino’s was praised as he oversaw a period of strong growth there. Not surprisingly perhaps, he was head hunted in 2014 for his current position as Group Chief Executive of Saga plc.

Lance once said the more people you meet, the more opportunities you create in life.  A headhunter he’d spoken to many years ago asked about his other interests. He told them he was fascinated by art and went to galleries all over the world. Five years later, the National Gallery asked them to find a businessperson passionate about art – and he is now a Trustee of the National Gallery as well as a Council Member of The White Ensign Association.

And now, to add to all these achievements, we are delighted that he has agreed to accept an Honorary Fellowship from Aberystwyth University.

Chancellor, it is my absolute pleasure to present Lance Batchelor to you as a Fellow of Aberystwyth University. 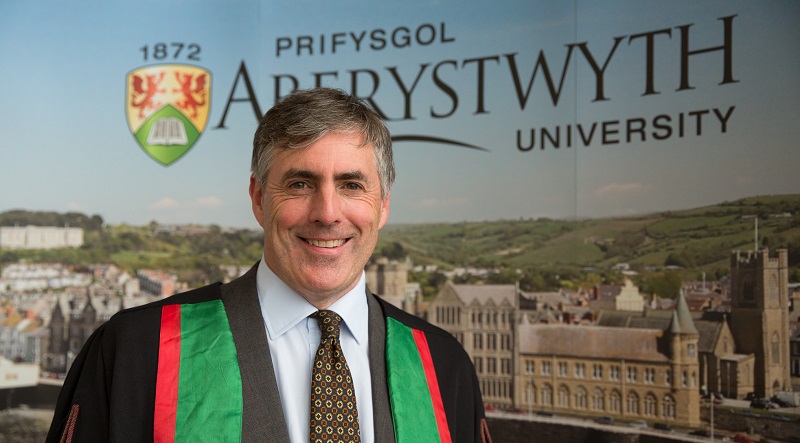 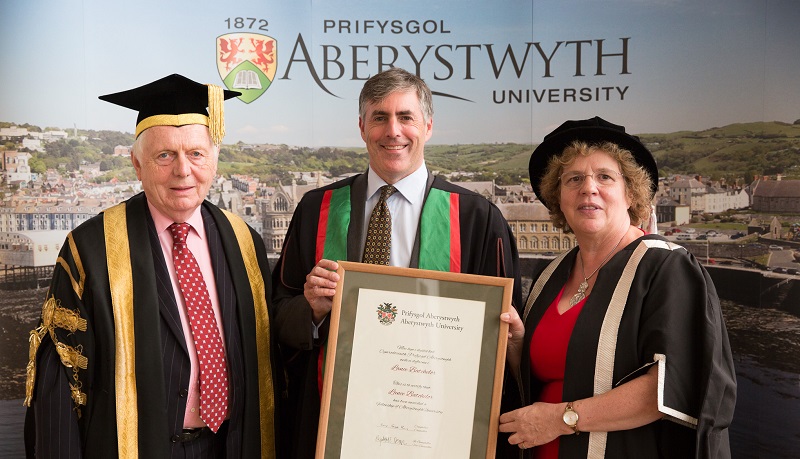