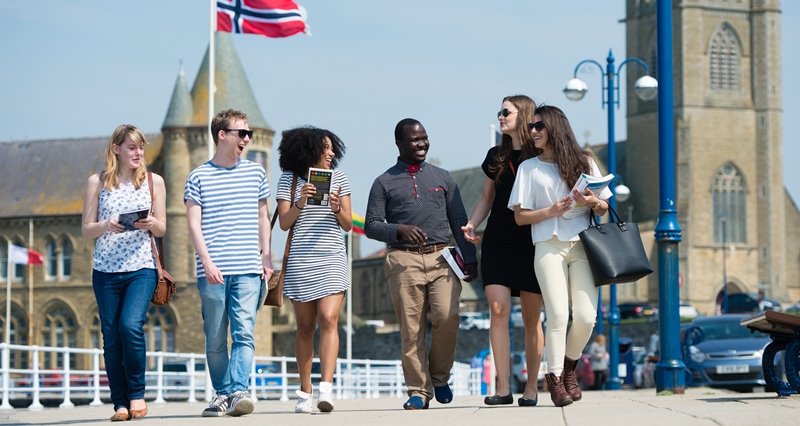 Institutions from 77 different counties are ranked, with increased representation from emerging powerhouses such as China and South Korea among other nations.

Of the 1102 institutions featured in the 2018 edition, Aberystwyth University is ranked 186th for International Outlook.

The THE World University Rankings has also seen an increase in the number of UK institutions.

Of the 93 UK institutions featured in the 2018 edition, Aberystwyth University is ranked joint 39th, retaining its position in the top 40.

Professor John Grattan, Pro Vice-Chancellor Student Experience and International said: “We are delighted once again to feature so highly in the THE World University Rankings, and for this wonderful learning community to be recognised for the outward-looking and international learning environment it offers. We seek to inspire and transform the lives of our students through innovative research and teaching, within an environment which is inclusive and supportive, and which enables our students to engage with the wider world and embrace its challenges. We look forward to building on this latest success as we forge a creative and constructive learning experience for future generations of Aberystwyth students from across the world.”

In compiling the 2018 World University Rankings, the Times Higher Education’s data team has gathered hundreds of thousands of data points from more than 1,500 institutions across the world.

They have also assessed responses from more than 20,000 academics to their annual academic reputation surveys, and worked with publisher Elsevier to examine 62 million citations to 12.4 million research publications.

Now in its 13th year, the Times Higher Education World University Rankings was launched in 2004 with 400 institutions featured.

Aberystwyth was rated the best in Wales and one of the top five higher education institutions in the UK for overall student satisfaction in the 2017 National Student Survey.

Overall satisfaction amongst students at Aberystwyth University stands at 91% - seven percentage points higher than the average UK figure of 84%.

National Student Survey 2017
Aberystwyth: Top 5 in the UK and Best in Wales for Student Satisfaction