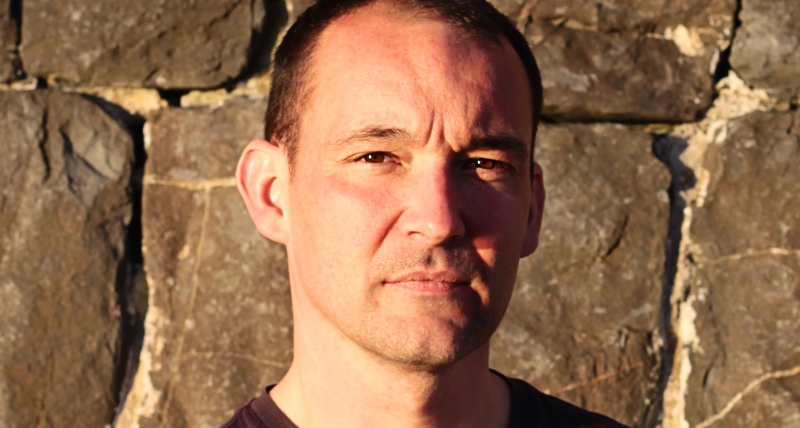 A Ceredigion author who provides writing support for students at Aberystwyth University has won the BBC National Short Story Award 2017.

Based in Aberaeron in Ceredigion, Cynan Jones was appointed the Royal Literary Fund’s Writing Fellow at Aberystwyth University in September 2016.

He was one of five writers shortlisted for this year’s BBC National Short Story Award, which was established in 2005 to raise the profile of the short form.

He was presented with the £15,000 prize at a ceremony in the BBC's Radio Theatre in London last night (Tuesday 3 October 2017).

In the lyrical, tension-fuelled fishing trip gone wrong of Cynan Jones's ‘The Edge of the Shoal’, the desire to survive and the realisation of loss is paramount.

Booker Prize longlisted writer Jon McGregor, who was one of the judges, said: “It's an exhilarating, terrifying, and life-affirming read. A stunning achievement, and a deserved winner of the prize.”  Fellow judge Eimear McBride called it “as perfect a short story as I've ever read”.

Cynan Jones is from Aberaeron, Ceredigion, and is the author of five novels.  He has had a number of short stories broadcast on BBC Radio 4 and in The New Yorker and also scripted an episode of the crime drama Hinterland.

All of the shortlisted stories have been broadcast on BBC Radio 4, and Cynan Jones’s story can be heard here.

In his role as the Royal Literary Fund’s Writing Fellow at Aberystwyth University, Cynan Jones helps students to develop their writing skills and academic literacy. Students can book an appointment by emailing writers@aber.ac.uk.