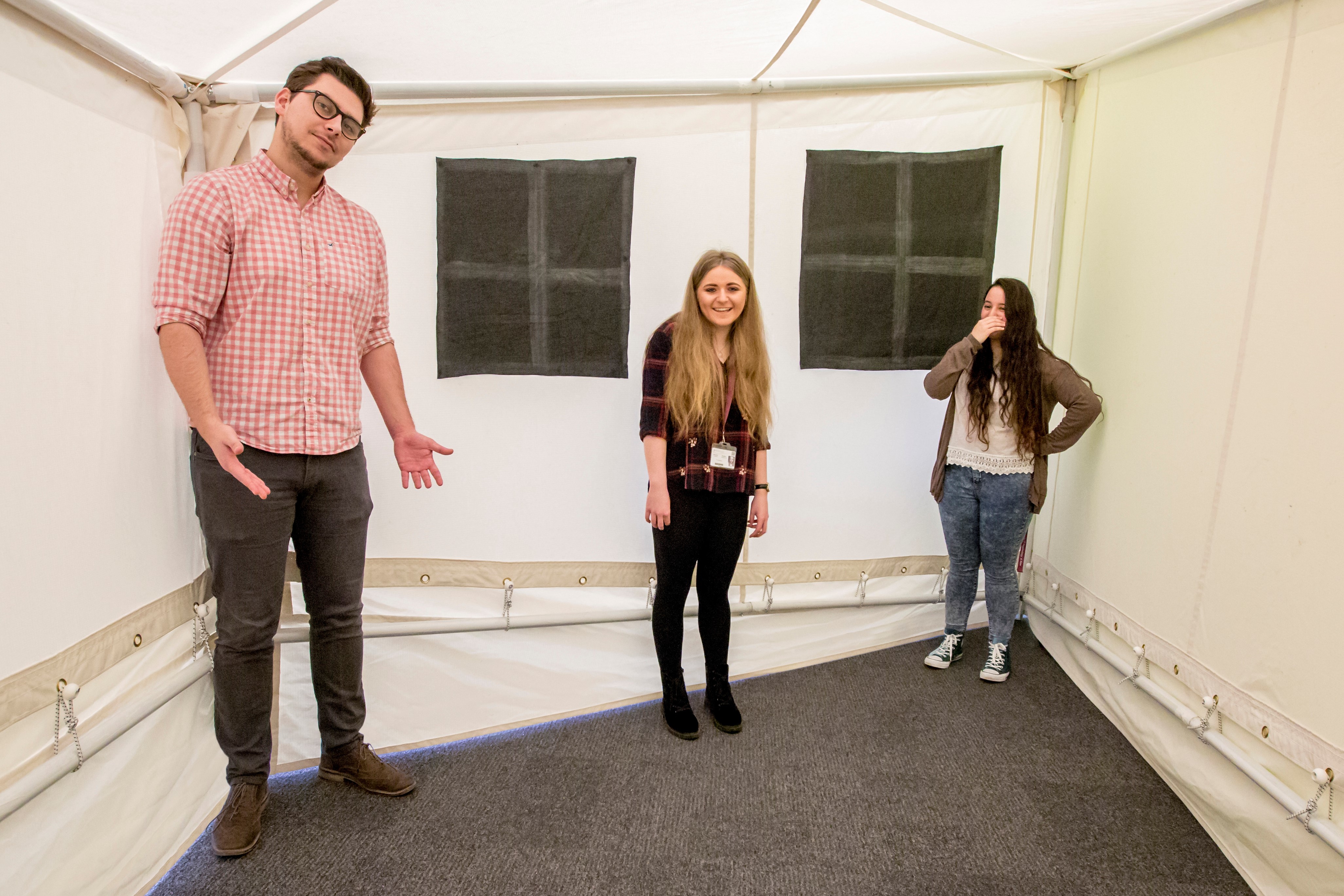 Aberystwyth University’s Psychology Department has created what is thought to be the first ‘pop-up’ Ames Room in the world.

An Ames Room is a distorted room that is used to create an optical illusion.

The concept was first designed in 1946 by ophthalmologist Adelbert Ames, who had a keen interest in how we see the world.

Since then, the Ames Room has been widely used to illustrate perception theories and how the visual system can be deceived.

Professor Nigel Holt, Head of the Department of Psychology at Aberystwyth University explains how the illusion works: “When viewed from a special viewing point, the Ames Room appears to be a regular shaped room. In fact the room is not square at all - it is a very peculiar shape indeed. However, because our past experience tells us that rooms have a regular shape, we process the Ames room under this assumption, and the result is that we experience illusions of size and depth.”

"The Psychology Department built a small model Ames Room for the annual Aberystwyth University Science Fair which takes place in March each year as part of British Science Week.  After that we decided that it would be great to have a full size version.”

Unlike most Ames Rooms, which are solid structures, the room that Aberystwyth University has designed and created is constructed from poles and canvas.

The Department of Psychology believe it could be the first Ames Tent in the world.

Professor Nigel Holt added: "The illusion in our Ames Tent is extremely strong and we will keep improving it.  The advantage of its construction is that it is entirely moveable and transportable.  This will make it much easier for us to take it to schools and festivals such as the University Science Fair over the coming year, to allow many more people to see just how much influence our past experience has on our perception of the world.”