Into the Looking Glass: how Selfie culture is preparing us to meet our future selves 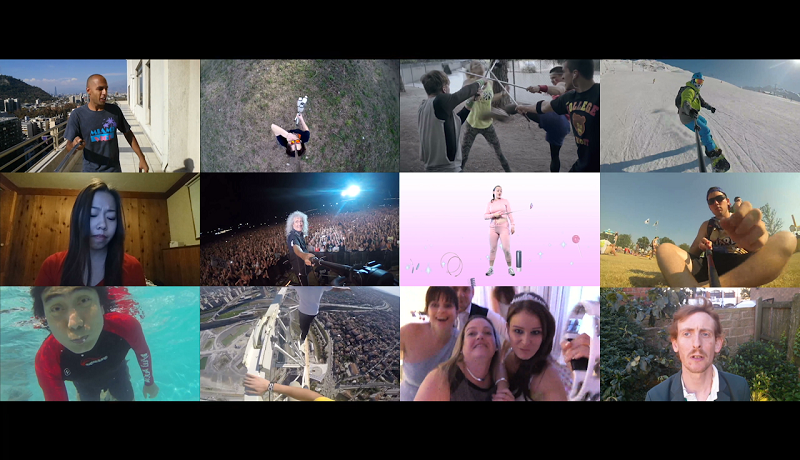 A film about the future of selfie culture produced by two Aberystwyth University’s media lecturers has been shortlisted for the British Universities Film & Video Council’s Learning on Screen Awards 2018.

Into the Looking Glass- how selfie culture is preparing us to meet our future selves has been produced by Dr Greg Bevan and Dr Glen Creeber from the University’s Department of Theatre, Film & Television Studies.

The 24minute video essay takes a close look at the future development of selfie culture and its proliferation via smart technology.

The British Universities Film & Video Council’s Learning on Screen is a charity whose members are experts in the use of moving image in education, delivering online academic databases, on demand video resources, training, information and advice.

Dr Bevan said: “Video essays as academic outputs are still a fairly new idea. It’s a way of engaging with your audience more imaginatively, and also of introducing theories and concepts to new and non-academic audiences who might never ordinarily read a journal article.

“We also hope the video essay will be a useful teaching aid in the fields of digital media, digital culture, media and communications, and beyond”.

The film explores the idea that the screen is coming increasingly nearer to the viewer - from the village cinema to the living room. Now it is carried in the form of a tablet or phone; but what lies beyond the likes of VR sets and smart watches? Could eye and brain implants lead to the screen disappearing altogether? Will the viewer eventually become one with the screen?

Dr Creeber said: “The ideas explored in this film affect almost everybody in society today, and in future societies. Not only is the screen coming physically nearer, but we are increasingly seeing ourselves reflected in it.

“We are no longer passive spectators watching the screen from a distance; we are now active participants. Rather than taking a typically pessimistic view of this technological change, the film suggests some ways in which these developments could in fact be of benefit to humanity.”

The original score for the film was composed by Dr Alan Chamberlain, a Senior Research Fellow at the Mixed Reality Lab, Department of Computer Science at the University of Nottingham.

Dr Alan Chamberlain said: “It’s exciting to see the importance of this collaboration being recognised at a national level and nominated for an award. Working with Aberystwyth University has allowed us to show the impact that cross-disciplinary research across universities can have.

“This project brings together the Arts and Sciences in a way that it is both interesting and innovative. Aberystwyth University is one of the creative powerhouses in the academic landscape of Wales and it’s been a great experience to work with people there, we’re already working on our next project.”

The winners will be announced at an awards ceremony at the BFI Southbank, London on the 26 April 2018.