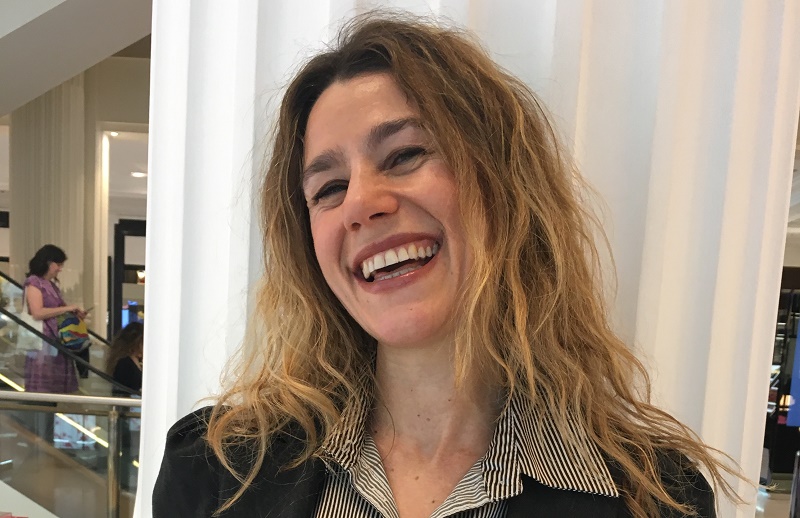 An English and Creative writing student at Aberystwyth University has secured a prestigious deal with Picador, one of the world’s leading publishers of fiction.

Picador has acquired the world rights in all languages to Kiare Ladner’s “funny, urban, literary” debut novel Nightshift, which is set to be published by the Pan Macmillan imprint in autumn 2019.

Her first novel evolves from a novella of the same name, “Nightshift”, which has been submitted as part of her doctoral thesis “Shifting Territories”.

As part of her scholarship Kiare also taught undergraduate students in the Department, inspiring the next generation of Creative Writers to follow her shining example of creative practice.

Dr Louise Marshall, Head of the Department of English and Creative Writing at Aberystwyth said: ““We are absolutely delighted to hear of Kiare’s wonderful success in securing a publishing deal with Picador. This is an incredible breakthrough for a new novelist and one that Kiare undoubtedly deserves. Her PhD supervisor, Prof Matthew Francis, has always been fulsome in his praise of Kiare’s incredible talent and it is very gratifying to see public recognition of her writing on such a grand scale.”

On publication, Kiare will join a pantheon of acclaimed Aberystwyth alumni who have gone on to be award-winning successful novelists.

The rights to Nightshift have been acquired by associate publisher Ravi Mirchandani from Cathryn Summerhayes at Curtis Brown.

Mirchandani described the novel, which he bought at pre-empt, as “an immensely exciting debut, a novel of nights and shifts, between gay and straight, sober and carried away; of how it is possible both to find oneself in the city or to become lost entirely; of obsession and the sheer mysteriousness of ourselves and others”.

“As the capital becomes ever more different from the rest of the country, it is not simply a wonderfully-observed novel of London, but a journey through the seductions and dangers of any great world city,” he said.

Summerhayes added: “I have been seeking a dark, wry and funny urban literary novel for quite some time.  And I found one at last. Kiare is an amazing new talent and she, Ravi and Team Picador really is the dream team for Nightshift.”

Prior to joining the Department of English and Creative Writing at Aberystwyth University, Kiare studied for an MA in creative writing at the University of East Anglia, for which she won the David Higham Literary Agency Bursary Award.

Her short stories have appeared in Wasafiri, Lightship Anthology 1, New Contrast and Eclectica.

Kiare said: “All I keep thinking is that being published by Picador would be a dream come true except I'd never even dared dream it. I am so excited to be working with Picador's team on my book.”