Public lecture: ‘A Hundred Years’ Crisis? In defence of globalism and International Relations’ 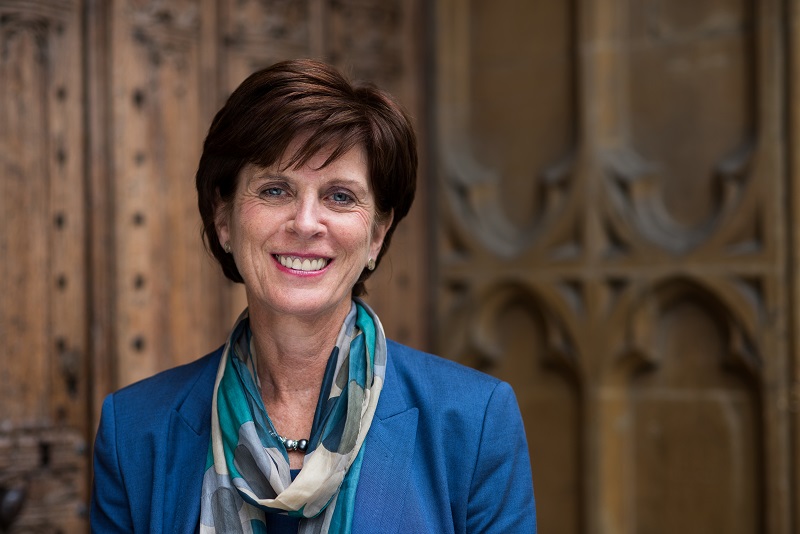 The Vice-Chancellor of the University of Oxford, will deliver a public lecture at Aberystwyth University on Thursday 7 February 2019, as part of the Department of International Politics Centenary Speakers Series.

Professor Louise Richardson, a political scientist by training, specialises in international security with an emphasis on terrorist movements, and has become widely recognised as one of the world’s foremost experts on terrorism and counter-terrorism.

She will deliver a lecture entitled ‘A Hundred Years’ Crisis? In defence of globalism and International Relations’ at 6.30pm on Thursday 7 February 2019 in the Main Hall of the International Politics Building on Penglais Campus.

She has written widely on international terrorism, British foreign and defence policy, security institutions and international relations.  Her publications include Democracy and Counterterrorism: Lessons from the Past (2007), What Terrorists Want: Understanding the Enemy, Containing the Threat (2006), The Roots of Terrorism (2006), and When Allies Differ (1996).

She has lectured on the subject of terrorism and counter-terrorism to public, professional, media and education groups across the world, and served on the editorial boards of several journals and presses. She has won numerous awards for her work including the Sumner Prize for work towards the prevention of war and the establishment of universal peace.

The lecture forms one of the Centenary Speakers Series celebrating the 100th anniversary of the establishment of the world’s first Department of International Politics at Aberystwyth University.

Dr Jan Ruzicka, Director of the Department of International Politics’ Centenary Celebrations, said: “Besides being one of the leading figures in the UK higher education, Louise Richardson is also an extremely accomplished academic in our field. We are delighted that she will speak on a topic that will clearly continue to define global political relations in the years to come.”

The lecture will take place in the Main Hall of the International Politics Building on Penglais Campus at 6.30pm on Thursday 7 February 2019.

The Department of International Politics warmly invites members of the public as well as University students and staff to attend.