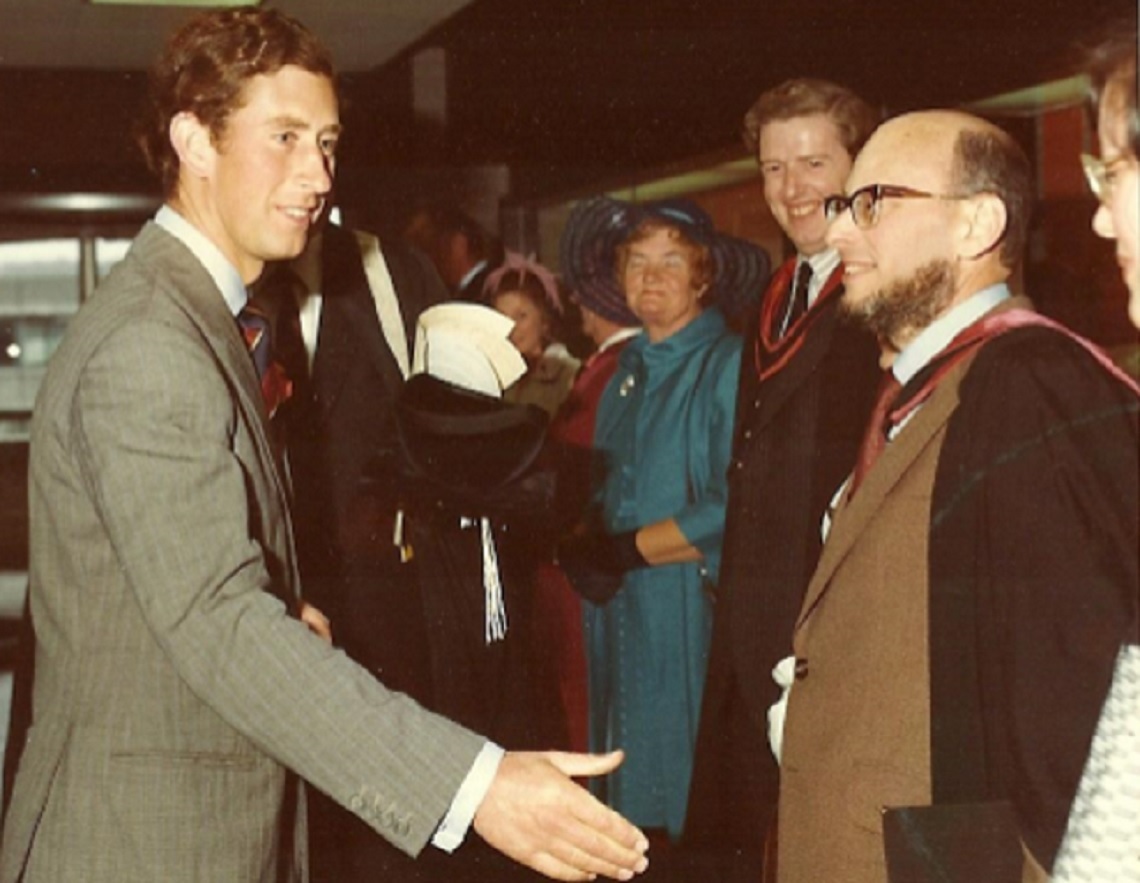 Research by an Aberystwyth University academic is to feature in a special open air exhibition in Berlin marking the 80th anniversary of the Kindertransport.

Thanks to the Kindertransport trains, around 10,000 mainly Jewish children were able to leave Nazi Germany in 1938-39 before the outbreak of the Second World War.

Over the past 20 years, Dr Andrea Hammel from Aberystwyth University’s Department of Modern Languages has been discovering and documenting the stories of those who fled.

Four of those stories will now feature in a new exhibition to be held in Berlin from 16 August until 27 October 2019.

Entitled ‘Am Ende des Tunnels’ (‘At the end of the tunnel’), the exhibition will be located outside Berlin-Charlottenburg railway station - one of the stations used by German Jewish aid organisations to put children on trains that brought them to the UK.

The life story of the late William Dieneman, former Aberystwyth University Librarian, is among those featured.

Born Wolfgang Dienemann in 1929, he left Berlin on a Kindertransport train in January 1939 when he was nine years old.

Initially he was placed with a number of foster families before being admitted to a boarding school in Bristol.

Many of the Kindertransportees never saw their parents again but William Dieneman was fortunate; his mother and father also managed to escape to Britain before the outbreak of World War Two.

Ruth Parker was on the same train as William leaving Berlin for Britain in 1939 and one of her children will give a reading at the exhibition launch event on 15 August.

Speaking ahead of the opening of the official opening, Dr Hammel said: “I was surprised to find that both Ruth and William actually travelled on the same transport in January 1939. Sadly, this discovery came too late for William who passed away in September 2018. William had always looked for others who had made the journey to the UK with him.

“In the UK the Kindertransport occupies a prominent place in Holocaust commemoration as it directly involves the British government and British citizens. In Germany, it is only now receiving increasing public attention.”

Dr Hammel collaborated on the exhibition with the University of Nottingham Trent, the Kommunale Gallerie Berlin, the Department of Culture of Charlottenburg-Wilmersdorf, the Inge Deutschkron Foundation and PhotoWerkBerlin.

The patron of the exhibition project is Sir Sebastian Wood, the British Ambassador in Berlin.

The Berlin exhibition is the latest in a series of events marking the anniversary of the Kinderstransport rescue.

On 15 November 2018 Dr Hammel took part in a commemoration of the Kindertransport in London organised by Lord Alf Dubs, who himself arrived on a Kindertransport in the UK aged six, and his organisation Safe Passage which campaigns for refugees today.

On 6 December 2018, she attended a commemoration event in Berlin hosted by the German Foreign Office and the British Embassy.