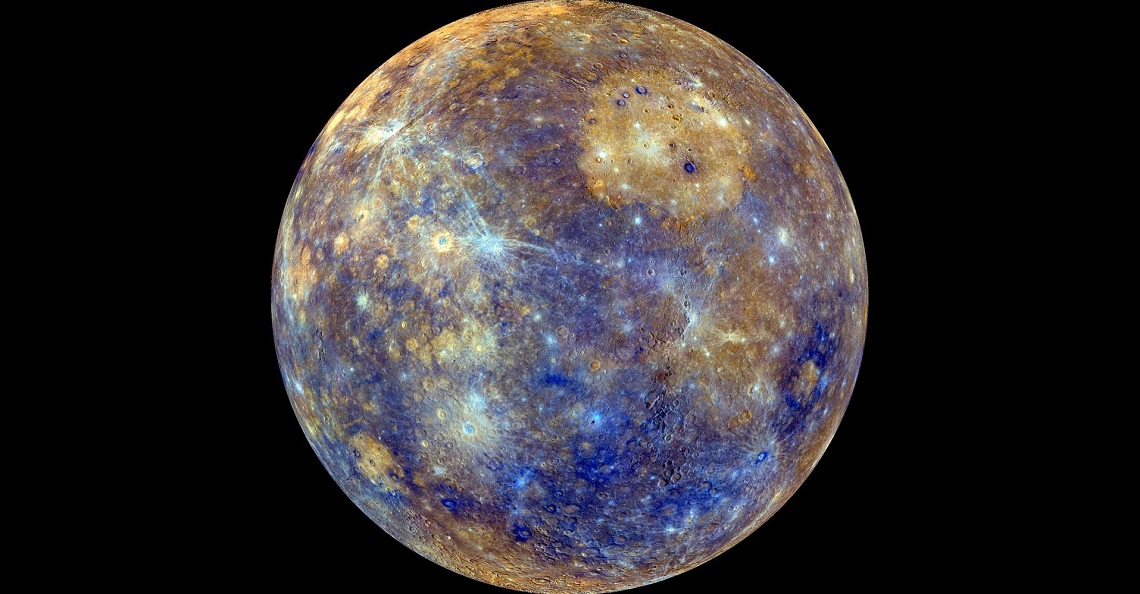 A colourful view of Mercury produced by using images from the color base map imaging campaign during the MESSENGER mission. Credit: NASA/Johns Hopkins University Applied Physics Laboratory/Carnegie Institution of Washington

The Department of Physics at Aberystwyth University is holding a public event to mark the rare transit of the planet Mercury across the front of the Sun on Monday 11 November 2019.

Such an alignment only happens around 13 times every century and it will be 2032 before the next occurrence takes place.

As Mercury is the smallest planet, the transit can only be viewed from Earth using special telescopes fitted with proper solar filters.

Staff and postgraduate students from the Department of Physics will be setting up four telescopes equipped with solar and hydrogen alpha filtering outside the Old College on the seafront at Aberystwyth.

The telescopes will allow observers not only to view the slow transit of Mercury across the solar disk but also to see the atmosphere of the Sun – as long as the weather is clear.

In case of cloud cover, screens will be set up inside the Old College showing a live stream from other countries of Mercury’s transit from 12:30pm until 4:30pm on 11 November 2019.

Solar researcher and PhD student Gabriel Muro said: “Planetary transits are essentially tiny eclipses that allow scientists to make new discoveries about our own solar system and other nearby solar systems. They also provide the opportunity to accurately measure distances, measure the speed of light, as well as prove existing theories such as Einstein’s general theory of relativity. Beyond those critical measurements, most of the 4,000+ planets in other solar systems have also been detected via planetary transits.”

“By organising this public event, we want to give students, school pupils and other members of the local community the opportunity to safely view this rare solar event for themselves, using the correct equipment. We would like to emphasise that people should never look directly at the Sun without proper protection, as this could seriously damage their eyesight.”

During the event at the Old College on 11 November 2019, staff from the Department of Physics will also deliver a series of short talks relating to Mercury, the Sun, and planetary transits. Entry is free and all are welcome.

12:30 – Telescopes set up on seafront side of the Old College