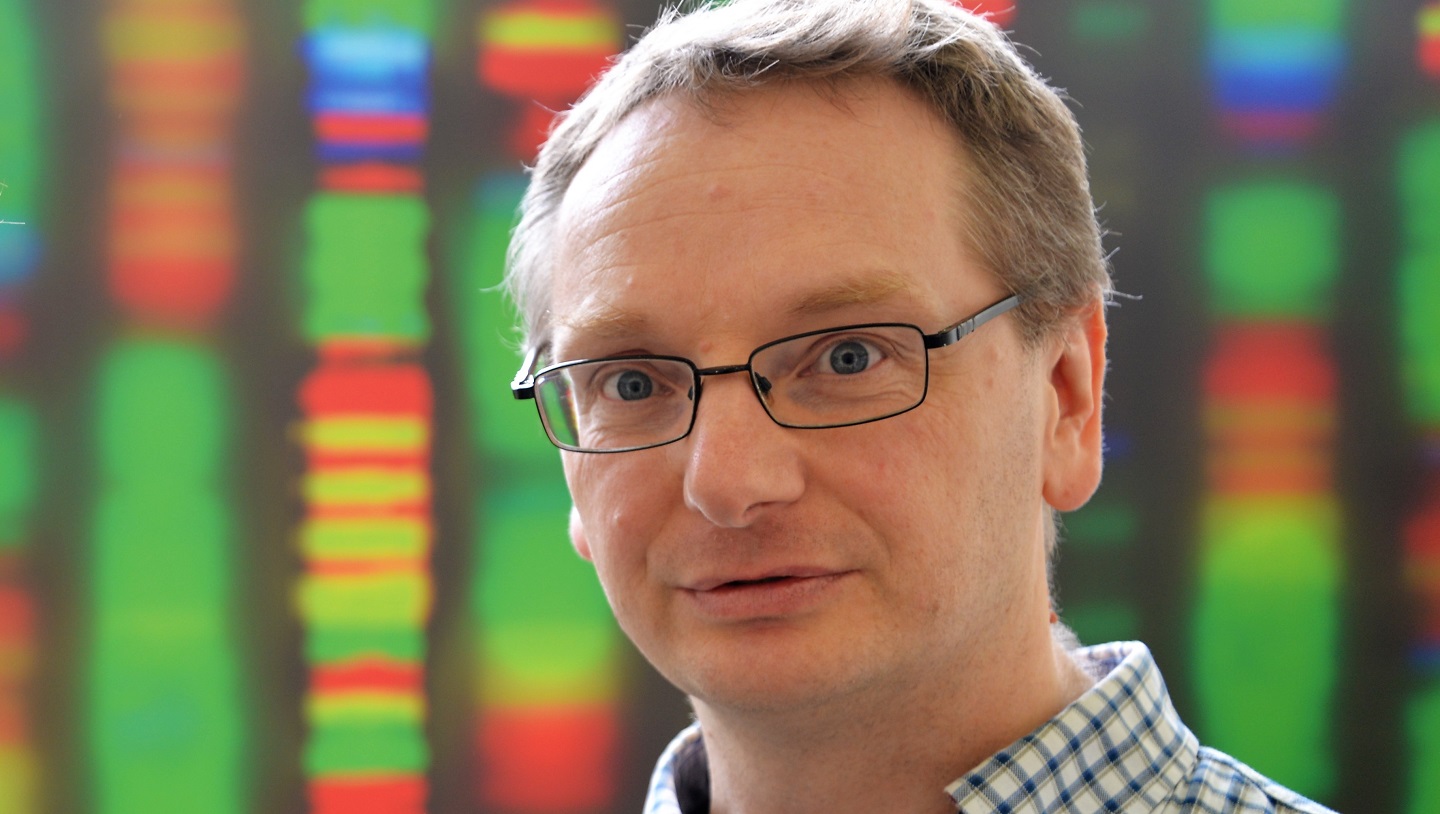 Dr Martin Swain from Aberystwyth University, one of the authors of the study that has proved the validity of the work of geneticist Gregor Mendel

Scientists have defended the validity of the research done by the 19th century genetics pioneer Gregor Mendel.

Credited as the ‘father’ of modern genetics, the famous experiments of the Moravian friar set down universal laws that still underpins research in this field.

Writing in the journal Hereditas, a team lead by Dr Noel Ellis from the John Innes Centre and featuring Dr Martin Swain from IBERS at Aberystwyth University, has launched a staunch defence of Mendel against the charge of statistical bias.

‘Mendelian inheritance’ describes how characteristics are passed from one generation to the next, and in biology has a status like Newtonian mechanics in physics.

There has been much discussion of how Mendel got this right at a time when, it seems, everyone else thought differently about inheritance.

One idea was that Mendel developed a theory of inheritance from first principles and then set out to gather data to support this idea.

During the 1930s a controversy arose after the statistician and geneticist Sir Ronald Fisher scrutinised these experiments and criticised Mendel’s interpretation suggesting his results were “too good to be true”; a better fit to the theoretical expectation than should be expected.

Study author Dr Noel Ellis said: “Mendel’s work has received a lot of attention since the 150th anniversary of his 1865 lectures and 1866 paper, while an earlier book Ending the Mendel Fisher Controversy, seems to have missed some important biological clues. Altogether this has left some lingering doubt about the probity of Mendel’s work, which we hope this paper has finally dispelled.”

Mendel famously selected garden pea (Pisum sativum) for his main experiments because the plants and seeds have a wide range of clearly distinguished traits and are convenient for crossing experiments.

Over eight years and involving at least 28,000 pea plants and their offspring, Mendel produced clear results from which he made and tested quantitative predictions, an approach which was exceptional in biology at that time.

He explained the frequency with which each trait appeared in the offspring as a consequence of the random cellular events at fertilization.

In a fresh examination of Mendel’s experiments, the researchers describe the range of pea varieties available in Mendel’s time and show that these could readily provide all the material Mendel needed for his experiments; the traits he chose to follow were the basis of the way seed types were organised in catalogues at the time.

Key findings of the new analysis were:

Dr Martin Swain, Senior Lecturer at IBERS said: “Mendel’s pea crossing experiments are amongst the most famous studies of genetics. Yet, despite all the attention and scrutiny that have been given to such an important work, his results are widely criticised as being statistically biased. Our results show that there is no bases for these criticisms and that some of his results have been overlooked.

“Given the importance now given to the reproducibility of scientific results, I think that Mendel’s experiments, and their reception by scientists, are a cautionary tale that demonstrates just how difficult it can be to understand and interpret a set of results.  The historical misinterpretations are even more remarkable considering that Mendel’s experiments sit at the foundations of modern genetic research.”

The paper concludes: “Statistical criticism of Mendel’s data has been a pernicious feature of discussions of his work and has done great damage to the reputation of one of history’s most insightful biological scientists. We find Mendel’s 1866 paper is exemplary both in terms of its presentation and in its interpretation of numerical data.”

Dr Ellis added: “We were surprised that Fisher and Edwards, though great statisticians, got it wrong. But not at all surprised that Mendel was right.”

Mendel never received recognition for his work in his lifetime. It was only 40 years after his death that his theory of inheritance became the foundation of the new science of “genetics”, a phrase coined by William Bateson the first director of the John Innes Centre.