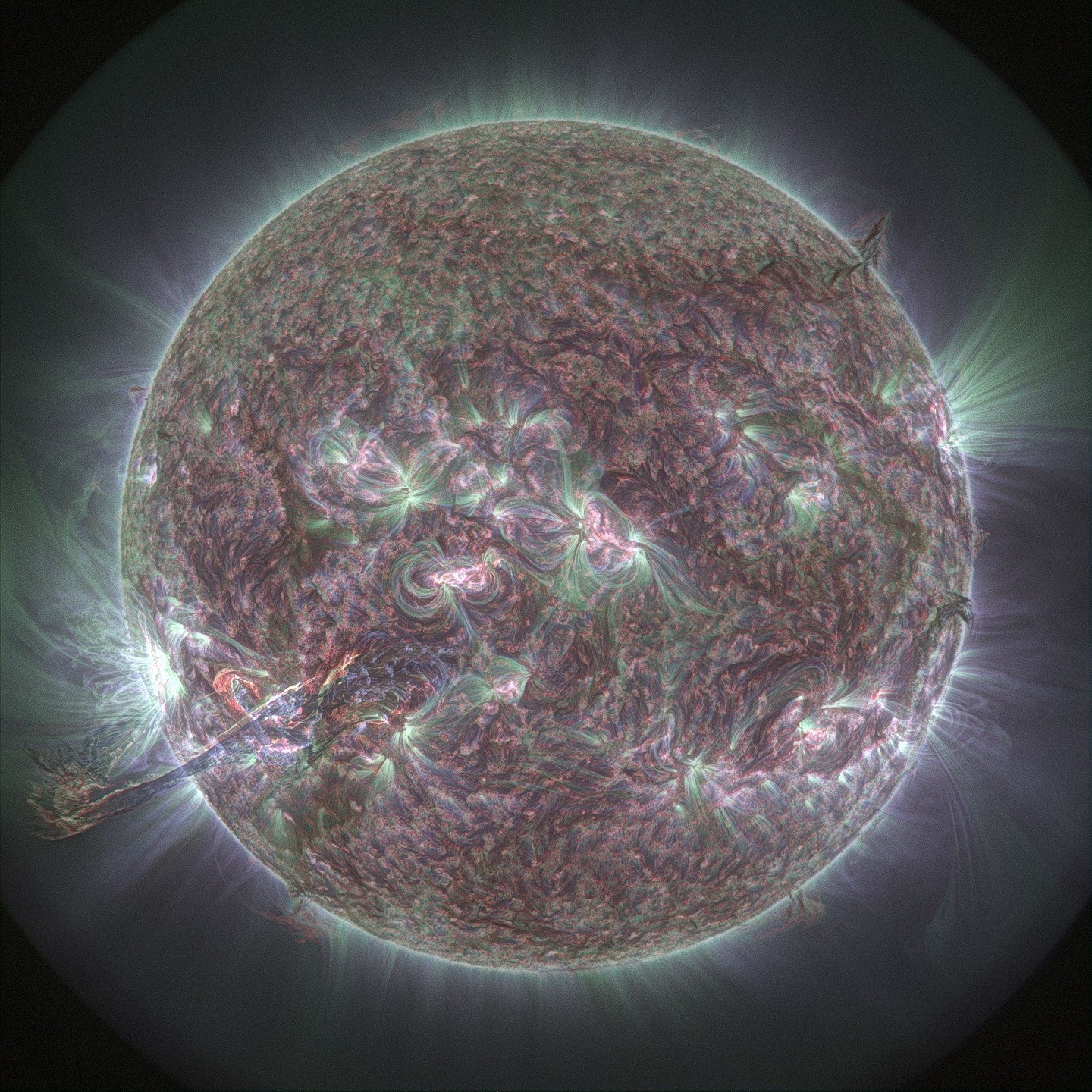 Solar scientists at Aberystwyth University are leading a new project to improve the Met Office’s ability to forecast space weather and its potential disruption to activities on Earth.

Storms above the surface of the Sun can cause major damage to our economy, affecting satellites, radio communications, power grids and aircraft routes.

With advance warning, however, steps can be taken to minimise the impact of storms erupting from the Sun and hitting the Earth’s magnetic field.

The Met Office has had a unit dedicated to monitoring space weather since 2014 and is now looking to upgrade its capabilities.

A team of scientists - led by Aberystwyth in collaboration with the universities of Durham, Northumbria and Reading - has been commissioned to build an improved system for forecasting solar storms.

“The Sun’s atmosphere flows into interplanetary space as the solar wind. Solar eruptions cause large variations in this flow that can cause huge disruption to society, especially given our increasing reliance on technology for everything from mobile phone communication to electricity supplies and spacecraft travel,” explained Dr Morgan.

“The disruption caused by solar eruptions and flares can be reduced given advance warning of severe space weather. The main purpose of the SWEEP project therefore is to improve this warning system through more accurate and robust forecasting and help protect society from the threat of space weather.”

Simon Machin, Space Weather Programme Manager at the Met Office, said: “Understanding the characteristics of solar storms, improving our predictive capability and mitigating their impacts here on Earth, is critical to maintaining the function of many modern technologies on which we depend. We are very excited by the prospect of working with the SWEEP team to pull through UK scientific excellence into operational services that will deliver a step-change in our national capability.”

Violent flares and eruptions from the Sun’s atmosphere, or corona, can occur frequently - at times, several per day.

However, only a small number of these happen at the right time and place to impact Earth, and not all of these have an effect on our planet.

Professor Matthew Owens from the Department of Meteorology at the University of Reading said: “This project will allow us to assemble together our individual research models to produce a new forecast system of the whole space-weather system. It's always exciting to see your science actually put to use for societal benefit.”

Professor Anthony Yeates from the Department of Mathematical Sciences at Durham University said: “The SWEEP project relies on our computer models, but these in turn rely on high quality input data. Fortunately we are able to take advantage of modern continuous observations of the Sun from satellite telescopes, backed up by ground-based observatories.”

Dr Shaun Bloomfield from the Department of Mathematics, Physics and Electrical Engineering at Northumbria University said: “A major strength of the SWEEP project is that it isn’t focused on the space weather conditions only during quiet times or only during storms, but that there is a seamless transition from one situation to the other. This will help Met Office forecasters understand the longer-term outlook during quiet times as well as the shorter-term effects when conditions worsen due to solar activity.”

The frequency of storms follows the Sun's magnetic cycle, and tends to peak around every 11-12 years.

The strongest solar storm ever recorded was the Carrington Event in 1859 which took out the global telegraph system and created a worldwide aurora.

In 1989, Quebec in Canada lost all power due to a major solar storm and in 2003, there were numerous satellite problems during the so-called ‘Halloween Storms’.

The next period of intense solar activity is expected in 2023-2026.