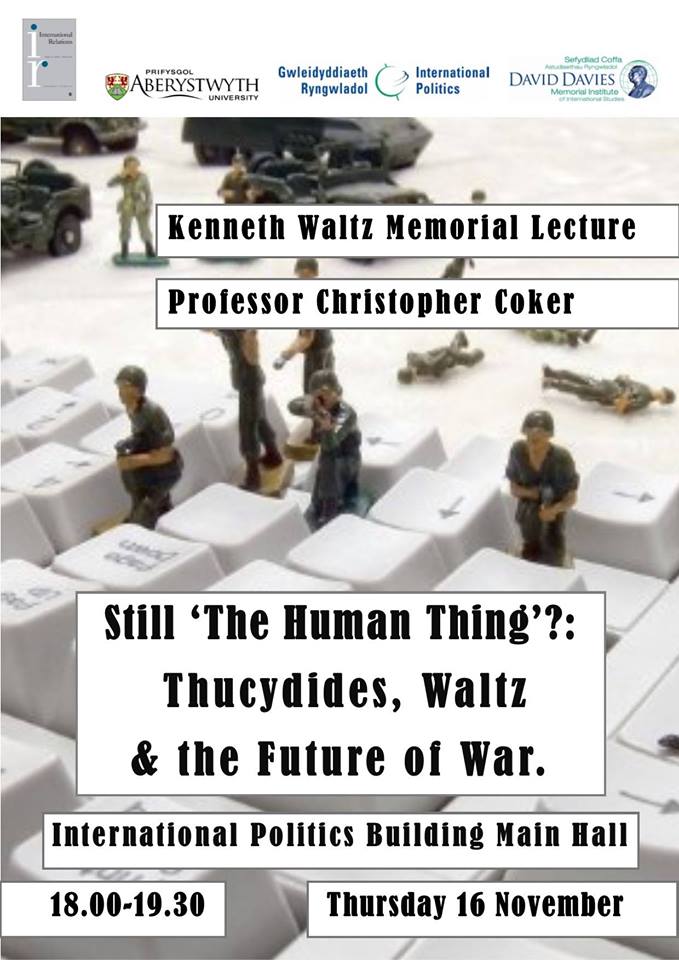 On 16 November 2017, the department of International Politics and the David Davies Memorial Institute were pleased to welcome Professor Christopher Coker from the London School of Economics, who delivered the Kenneth N. Waltz Annual Lecture in front of the packed Main HallallHall. The title of Professor Coker’s talk was: “Still ‘The Human Thing’? Thucydides, Waltz & the Future of War”.

A vidcast of the 2017 Kenneth N. Waltz Annual Lecture is available HERE. 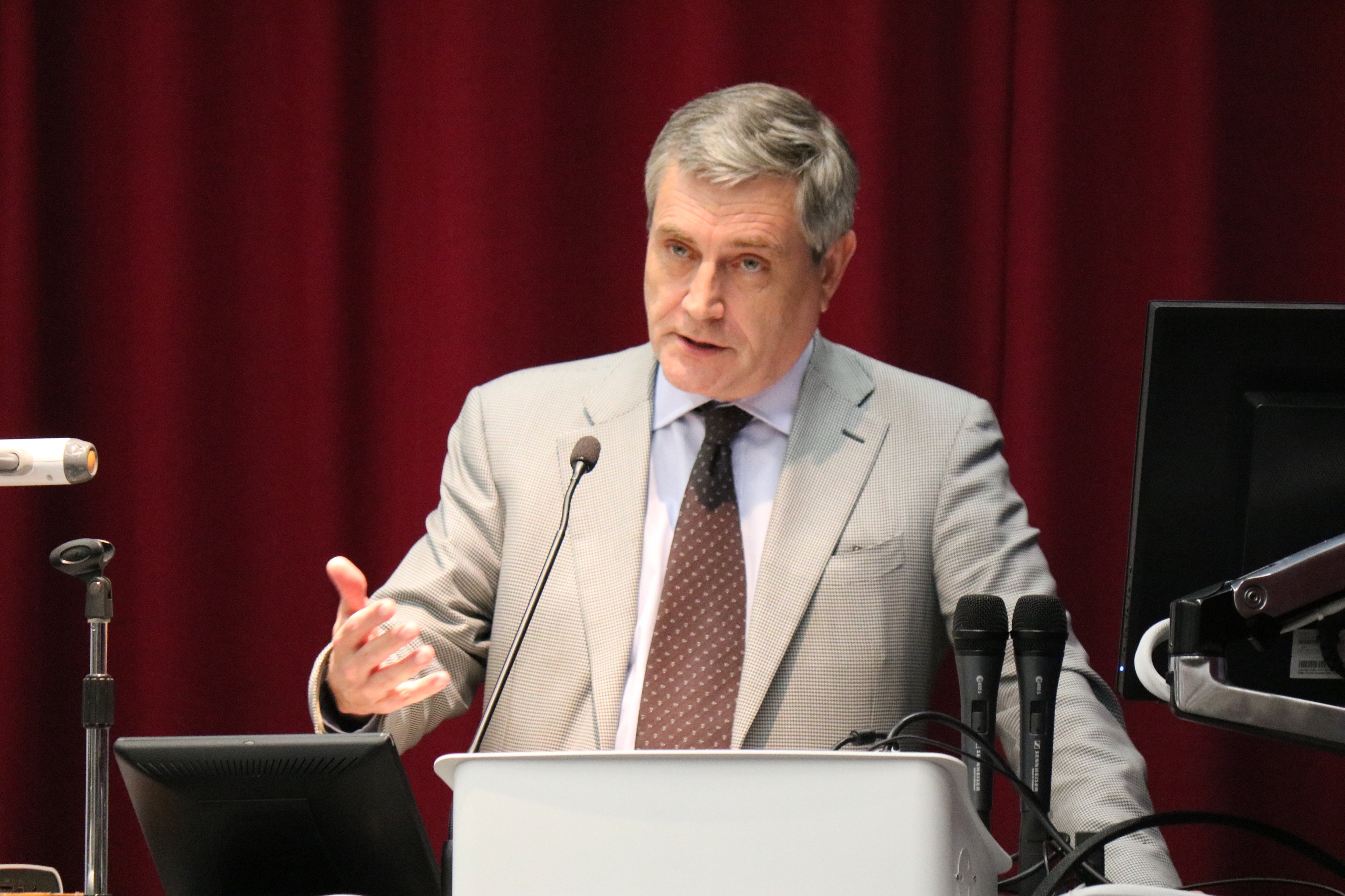 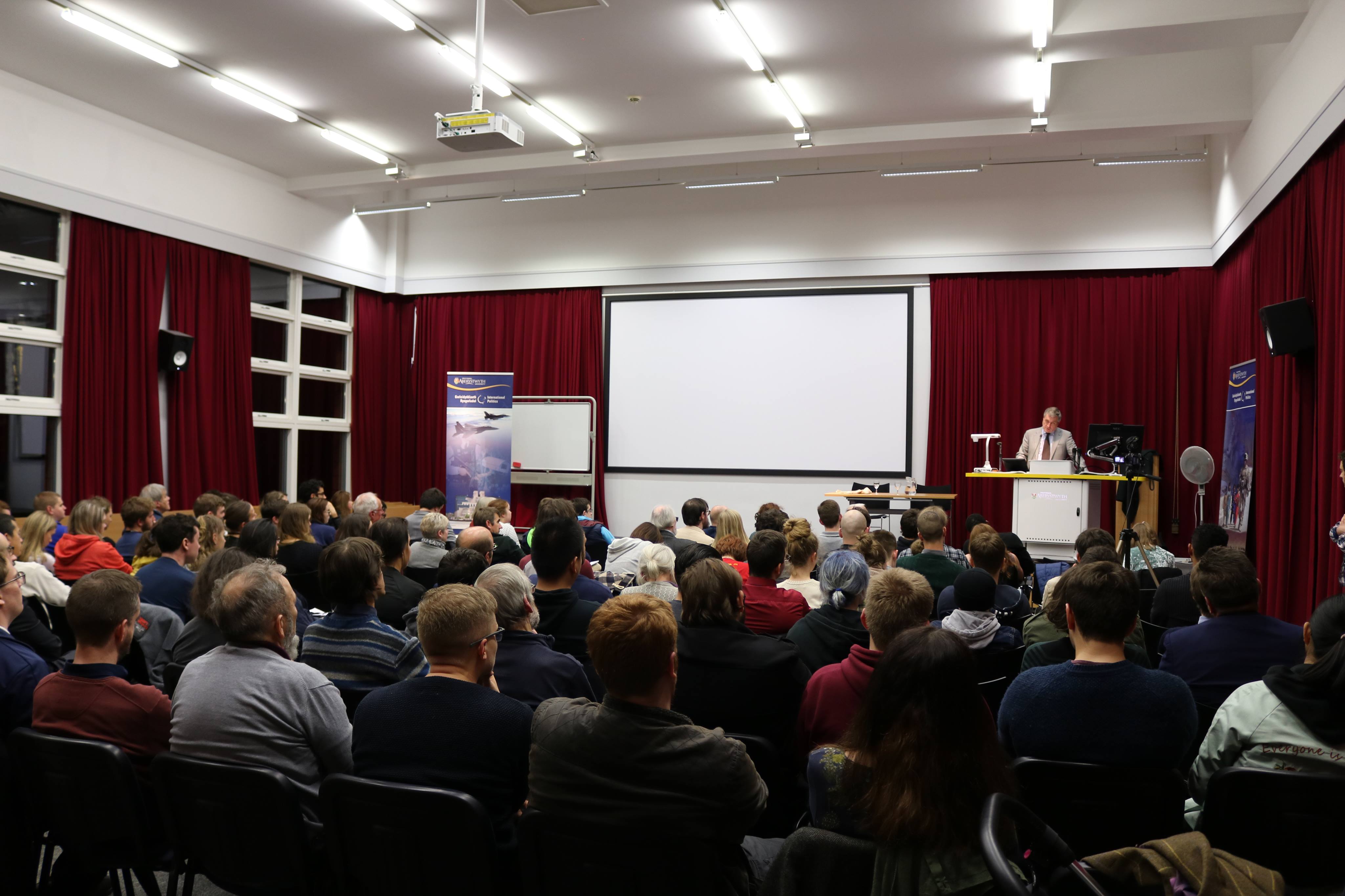 Professor Coker examined various ways in which war will change. Thucydides was the first person to write on war as a phenomenon, and defined it as the “human thing”. The focus of this lecture was to look at what Waltz called the first image: human nature. In 1959, when Waltz wrote his book, he was living in a world where the perimeters of science were constrained. Our understanding of the human nature has completely changed since then. An example is the United States’ efforts to research ways of reconfiguring war by re-engineering soldiers through molecular biology and combining this with advance robotics and artificial intelligence (AI). Therefore, Professor Coker asked, is war losing its human face? His answer was “no.”

Professor Coker noted that while Waltz was interested in technology, he took insufficient understanding of it and our relation to it. We are man and machine, the tools we produce. Could we live in an anarchic world system without technology? How can we imagine the “social” without technology? Where does the division of labour come from? These were some of the profound questions raised during the lecture. Professor Coker stressed the fundamental importance of the relationship between people and tools.  He noted that our relationship with tools is changing. Algorithms now try to read our minds to improve our moods, they try to show us what we would find most interesting, and in the sphere of warfare, drone pilots are managed by computers. Professor Coker warned that as long as we play war games, war will continue to be conducted in our society because we are locked into a cognitive arms race, in which we are prisoners of our own ingenuity. For this reason, he expects war to continue indefinitely.

Professor Coker argued that Waltz’s three images should be accompanied by the fourth image of war, namely Artificial Intelligence. But if we still need war, he asked, does war still need us? Artificial intelligence allows us to increase our scope, our power. Yet, how soon will machines become our collaborators, instead of our servants and at what point will machines take their own decisions? Robots will do what they observe us doing. Algorithms will assume war to be normal, something we do, a human thing, and Professor Coker expects this to remain so in the foreseeable future.