Wales, Womanhood and Me: A PaR Exploration of Postcolonial Female Identity in the Liverpool Welsh Community 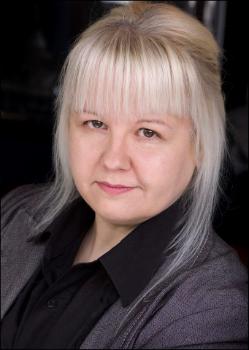 The principal objective of my research is to investigate previously under-researched personal and community narratives with a view to developing an understanding of the ordinary lives of working women from one of Wales’s most significant migrant communities, the Liverpool Welsh.  Since the Blue Books’ conflation of gender and nationality in 1847 women have been positioned as figures of ‘national allegory’ (Bohati, 2004) yet what remains comparatively under-explored are the experiences of the antithesis to the ‘Welsh Mam’, the childless, single, working woman.  By combining qualitative research with archive work, it is my intention to create a series of performance ethnographies based on emerging narratives drawn directly from this community and grounded in my reflections on my own identity as a Liverpudlian Welsh Learner.  Through my research and these performances I am seeking to explore the hybridised form of cultural distinctiveness that characterises the women of the Liverpool Welsh in the twentieth and early twenty-first centuries as it has played out in a community existing in ‘the interstices of nationhood…the margins of the nation space’ (Bhabha, 1997).

Emma Heron is an actor, director, lecturer and workshop facilitator with specialist interests in Actor Training, Shakespeare in Performance, Theatrical Violence, Women and Performance and Practice based Research.  Following her actor training (RWCMD 1993), Emma has acted for a range of companies including Granada, BBC, Liverpool Everyman Playhouse and Theatr Iolo. In addition to acting, for 16 years Emma was a fight teacher certified by the British Academy of Dramatic Combat, teaching bespoke stage combat workshops for a variety of groups and organisations including LIPA, Middlesex University, English Touring Theatre Outreach, New Vic Theatre, Sherman Theatre, Theatr Ieuenctid Môn, and the Northern Actors Centre.  After completing an MA in Text & Performance (RADA & Kings College London 2003), she established i2i Arts, successfully producing and directing commissions for the company until she joined Edge Hill University as a senior lecturer in 2006.  In 2013 as part of the 100 Deeds project, Emma collaborated on the design and piloting of a project offering practical support to women making performance, CAkeCLubLAb.  Currently in addition to her work as a Senior Lecturer at Edge Hill, Emma is co-Artistic Director of Theatr Gadair Ddu, a bilingual theatre company based in North Wales and serves on the committee of the Liverpool General Branch of Equity.