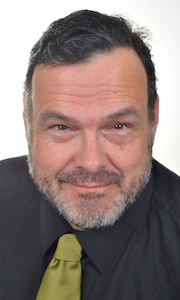 Screen performance is often framed by what appears onscreen before the spectator. However the actor may view their contribution to the collaboration between production, performance and reception differently. I am interested in how actors make choices before their appearance on set, theatre or studio. My intention, in looking closely at Doctor Who, is to explore what process, something that includes knowledge, training and performance, might inform the actor preparing to play the Doctor. The twelve actors who have held this role since its beginning in 1963, right up to the present, offers me the ability to not only look at a performance, generally seen as popular culture, but also to examine the changing aesthetic of television over fifty years. It is a role in which multiple actors have contributed to sustaining one character as one, somewhat fractured, continuous performance. As television has moved through changing technologies and through changing reception roles, it has called on the actor to evolve as well. My intention is to contribute to the growing field of actor studies, exploring how the actor operates across stage, set and studio.

Gregor Cameron is a practitioner who has become interested in the field of screen performance. He has played characters as diverse as Judge Turpin in Sweeney Todd, Worzel Gummidge, real life murderer Mark Lundy in The Investigator, to appearing on Xena: Warrior Princess, thus has worked on stage, set and studio. He has also written and directed for the stage and a little film. He is studying at Aberystwyth, quite a way from his home in Wellington, Aotearoa /New Zealand.

Gregor can be contacted at: hmc5@aber.ac.uk