Running and Performance: An embodied and performative examination of recreational distance running. 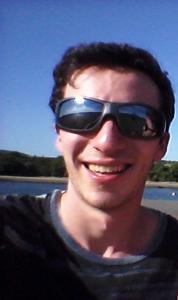 Theatre and performance studies have been applied as a critical mode of thinking to offer new insights into daily actions within  areas of ritual, architecture, social interaction and sport (Badiou 2008; Bicknell 2010, 2011, 2012; Grehan 2009; Kear 2013; Kelleher 2009; Read, 2000: 189; Schechner 2013). Despite this wide range of uses for theatre and performance, Kath Bicknell identifies ‘given the breadth of phenomena available for study within a performance paradigm, it is somewhat surprising that in depth performance-oriented studies of sport are relatively rare (Bicknell, 2012: 21); with existing research in the theatre and performance discipline being used to analyse sport ‘to better understand or idealise, the potential of, theatre and theatrical audiences’  rather than use the discipline to uncover more about the sporting event (Bicknell, 2012: 21).

This Aber Doc funded PhD aims to expand and differentiate itself from the growing field of sport and theatre literature by using theatre and performance frameworks to identify the aesthetic, cultural and social relationships present within sporting events, specifically recreational running events, to learn more about running as an art/sport form.  Specifically, the project will investigate the social and communal claims made by running organisations- situated at a time where running has become an international phenomenon, gaining cultural and academic richness (Berking and Neckel 1993; Burfoot 2007; Cidell 2016;  Herrick 2015; Samson et al 2015; Whelan 2012) – in order to investigate how theatre and performance frameworks of participation, spectatorship and relationalities will enable a greater depth of knowledge and insight to be established in relation to running events and sport, whilst also providing the opportunity for the thesis to explore how theatrical and performative readings of cultural activity may be beneficial to the discipline.

Anyone that would like further information about the project or wants to discuss/debate possible links between art and sport, email Kieran Holland: mkh5@aber.ac.uk