Coverage of the Russian minority in Latvian language media and its role within Russo-Latvian socio-political relations. 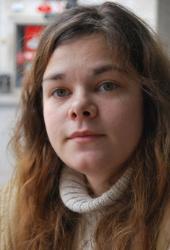 More than two decades after the fall of the USSR, the issue of the Russo-Latvian relations remains heated within the politics and the ideological positions and perspectives of both Latvians and Russians in Latvia. The role of ethnic belonging has not diminished since the break-up of the USSR and has been a permanent feature in Latvia’s political and social structure. It is due to these still highly powered issues that this research aims to consider the way Latvian news media interacts with Russian minority in Latvia. Through the exploration of the role such media plays in the political and social relationship between Latvians and Russians, this research will assess the relationship between news media and Russo-Latvian relationship within the socio-political structure of Latvia. Furthermore, the research will engage with issues of politics, nationality and national identity, through the engagement of textual analysis and the consideration of representation of minority.