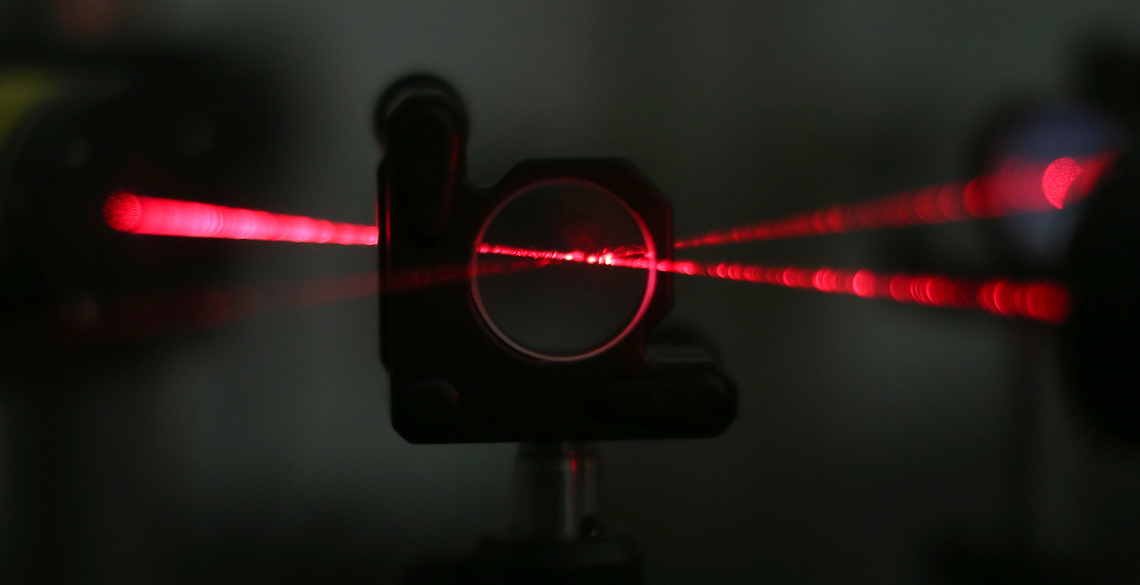 This is a highly interdisciplinary field incorporating ideas from information theory, (non-commutative) stochastic analysis, mathematical physics for open quantum systems, and modern control theory. The group has an expertise in functional analysis and operator theory which it applies to practical quantum models.

The theory of Operator Algebras provides a framework, a language and the tools to merge topological and algebraic ideas to create a noncommutative world. It was John von Neumann's vision that this integrates pure mathematics and quantum theory. Gwion Evans and Rolf Gohm study braid group actions in operator algebras, with connections to homological algebra and with some applications to quantum probability in mind. Gwion Evans' interests lie in the theory and application of C*-algebras and their interplay with topological dynamics. He works with C*-algebras associated with higher-rank graphs, multi-dimensional symbolic dynamics, and inverse semigroups, with a view to clarifying their structures and identifying their topological invariants. Rolf Gohm works in the theory of operators on a Hilbert space, in particular dilation theory and characteristic functions of contractions and tuples of contractions. He looks for analogies of such structures in operator algebras and noncommutative dynamical systems and for applications in open quantum systems. Asymptotic completeness for (noncommutative) Markov processes is a major application of this kind.

Quantum stochastic processes are the subject of quantum probability, a non-commutative version of standard probability theory aimed at a rigorous description of open quantum systems and sequential measurement processes. While the discrete case is based on quantum channels and their iterated dilations, the continuous case is formulated via quantum stochastic calculus generalizing the classical Ito theory. Within this framework it is possible to formulate the conditional evolution of a system under sequential or continuous measurements and treat this as a quantum filtering theory. Many physical systems, for instance in quantum optics, are exceptionally well approximated by these Markovian models, and this has indeed led to many of the ideas crossing over and arising independently in Physics, leading to current research on quantum thermodynamics and quantum information. For instance, quantum filters appear under the guise of quantum trajectories, and discrete processes in the context of finitely correlated and matrix product states.

John Gough works on quantum filtering, and has pioneered an approach for quantum trajectories for open systems where the inputs are in non-Gaussian states – something that is necessary for achieving quantum computation protocols. Rolf Gohm works on operator-algebraic versions of noncommutative probability theory. Jukka Kiukas is interested in extending single-measurement quantum information problems, such as temporal correlations and state identification, to sequential processes in both continuous and discrete framework. He is also working with Rolf Gohm to study the role of asymptotic completeness in these problems.

Quantum Control attempts to regulate and stabilise quantum systems by applying the principles developed to successfully deal with classical systems. It is an interdisciplinary field involving Mathematical and Theoretical Physics, Engineering Control Theory, Experimental Physics, and Quantum Information Theory. Suitable mathematical methods for this are quantum probability, as well as the theory of open quantum systems and single-system quantum measurement theory. The fusion between quantum probability and classical control theory developed apace from the early 2000's, propelled by the experimental advances. As we are not only dealing with discrete processes but also consider continuous-time control processes, the quantum stochastic calculus becomes essential for a rigorous approach allowing us to address questions of optimal control in this context.

John Gough works on the theory of Quantum Feedback Networks which gives a rigorous framework for connecting component Markovian systems into functional quantum devices. He has also been active in organizing the Principles & Applications of Control to Quantum Systems (PRACQSYS) Series of workshops. Rolf Gohm works on Markovian systems and various topics from quantum control, from the point of view of noncommutative probability theory. Jukka Kiukas is interested in developing control schemes which optimise measurement processes with respect to their system identification capability and potential for quantum information processing. Alexander Pitchford works on the development and use of numerical control optimisation algorithms in the investigation of achievable control objectives and scalability with system size. His primary focus is the application of these methods to simulation of quantum many-body systems. He is also an administrator of the QuTiP software project.

Quantum Information theory emerged as a combination of the classical Shannon theory and the operational formulation of basic principles of quantum mechanics. In addition to the quantum Shannon theory, it is often understood to include related areas such as the study of non-classical correlations and identification of unknown quantum systems, including “quantisation” of the Fisher information central to classical statistical inference. These topics become particularly interesting when the systems are noisy, that is, coupled with an environment which gradually destroys quantum properties due to decoherence and dissipation. This extended setting is conveniently described by the above framework of quantum probability and control, which provides a way of extending the single-measurement quantum theory to the context of sequential and continual observation processes. Jukka Kiukas works on non-classicality of quantum measurements, quantum system identification, and statistical estimation. The main aim is to study the information accumulation capability of quantum measurements, as well as their quantum character in the form of e.g. Heisenberg uncertainty, incompatibility, and Einstein-Podolsky-Rosen steering.