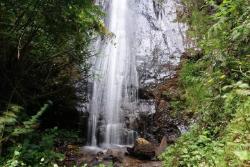 Modern society’s predominant focus on economic markets often results in decisions ignoring impacts on the environment, which in turn may have human and economic costs. Estimating the (economic) value of nature allows the ecosystem service benefits and costs to be identified, measured and communicated in the language of the world’s dominant economic and political models (TEEB, 2010). Placing values on nature provides evidence to help ensure society takes responsibility for the Earth’s environment, enhancing societal welfare and, in developing countries, reducing poverty.

Ecosystem service (ES) assessments provide a holistic and transparent framework that links the Earth’s biodiversity to a range of provisioning, regulating, cultural and supporting services, which in turn contributes to societal well-being. The ES framework was popularised by the Millennium Ecosystem Assessment (2005), and further refined in TEEB (2010), the UK NEA (2011) and IPBES (2016). The model is now used throughout the world as a tool to evaluate the welfare impacts of local to global policies and projects.

Environmental valuation comprises a suite of tools (revealed preference, stated preference and cost-based approaches) that can measure the (economic) value of non-market goods and services.  Here, we consider value in terms of ‘Total Economic Value’, which encapsulate both use and non-use values, as well as social shared values. The process of identifying and measuring the value of nature allows the benefits of natural resources to be internalised in decision making.