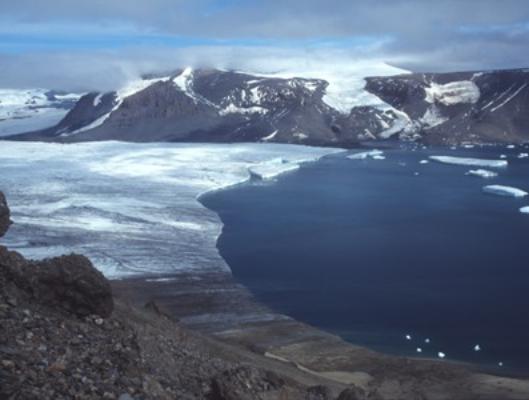 Figure 1. James Ross Island displays a glacial and volcanic record spanning several million years. Here we see Whisky Bay and its tidewater glacier which has demonstrated slow recession since it was first discovered.

This project aims to reconstruct the glacial history of the NE Antarctic Peninsula region (Figure 2) over centennial to millennial timescales. We will test the hypotheses that former ice-shelf collapse events left a distinctive onshore geomorphological and sedimentological signature, and that the dynamic response of tributary glaciers to ice shelf collapse can be detected and dated. The project will focus on three important issues:

The project scientists will develop a terrestrial chronology to test the deglaciation of the eastern margin of the ice sheet, which is currently derived solely from marine data. We will also determine whether the local ice caps behaved synchronously or independently of the Antarctic Peninsula Ice Sheet (APIS).  The geographical focus of this project is James Ross Island, Vega Island and the adjacent Antarctic Peninsula. These areas have a well-preserved terrestrial record of deglaciation, but one which is largely unexploited. 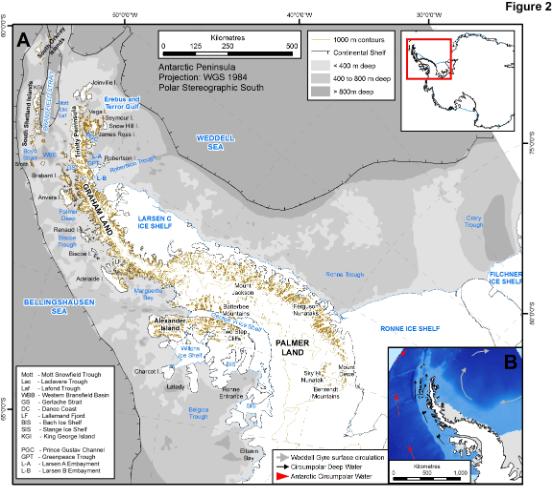 Figure 2. Map of the modern Antarctic Peninsula. During the Last Glacial Maximum, at 18,000 years ago, the grounded ice sheet reached the continental shelf.

This project involves investigators from the Centre of Glaciology, Aberystwyth University, and from the Universities of Leeds and Leicester. This NERC-funded project began in April 2010 and will run until April 2014, and will involve two field seasons to James Ross Island, NE Antarctic Peninsula, in January 2011 and January 2012. The team will be going to northern James Ross Island, where the large area of ice-free land will aid their geological investigations.

James Ross Island is of particular interest, because until 1995 it was connected to the Antarctic Peninsula by the Prince Gustav Ice Shelf (Figure 3). This was once connected to the Larsen Ice Shelf, but has been retreating since polar exploration began in the late Nineteenth Century. In 1995, it collapsed and disappeared very rapidly, and the ice-shelf glaciers have become tidewater (marine-terminating) glaciers with grounded, partially floating or floating ice margins. Of particular interest are the events building up to the collapse of the ice shelf, structural controls on its collapse, and the response of tributary glaciers to ice-shelf collapse, 15 years after the event. 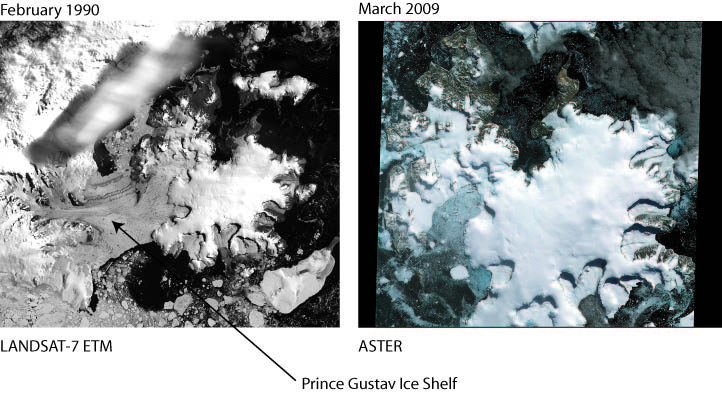 We are pleased to acknowledge funding from: