BRITICE-CHRONO: constraining the retreat of the last British-Irish Ice sheet

BRITICE-CHRONO is a NERC-funded consortium (2011-2018) of more than 40 researchers comprising glaciologists, marine and terrestrial Quaternary scientists and ice-sheet modellers. The overall aim of the project is to make the British-Irish Ice Sheet the best constrained in the world and a benchmark against which predictive ice sheet models can be improved and tested. Large campaigns of terrestrial and marine based field sampling are being undertaken across Britain and Ireland, split into eight transects that are each focussed along lines of ice sheet retreat. A number of dating techniques are being used to constrain ice retreat, including optically stimulated luminescence (OSL) dating, cosmogenic isotope dating, radiocarbon dating and potentially also tephrochronology. 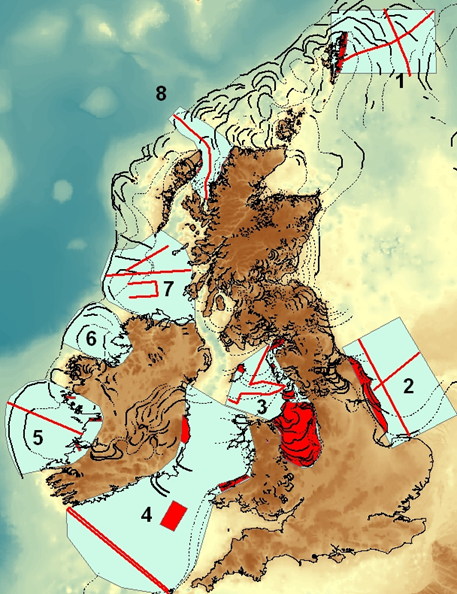 A total of 140 samples have been assigned for OSL dating, which have been split equally between the luminescence laboratories at Aberystwyth University (ALRL) and Sheffield University. The samples at ALRL have been taken from four of the eight transects including the Welsh and Irish margins of the retreat of the Irish Sea ice stream, including the Scilly Isles (T4), the Cheshire Plains, Isle of Man and the northwest of England (T3), the western margin of Ireland (T5) and the Isle of Lewis in Scotland (T8). OSL dating is being performed on single grains of quartz to overcome issues of partial bleaching upon deposition. So far the analysis has highlighted the potential for variability in the luminescence characteristics of different samples, which is unsurprising given the variability in bedrock geology across Britain and Ireland. OSL dating of such a large number of samples which have a clear relative chronology offers an excellent opportunity to investigate the validity of procedures used to determine luminescence ages, in addition to the rare opportunity for comparison to independent dating methods; this combination will make the chronological dataset produced more robust. 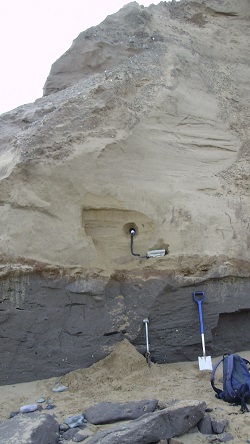 The large geochronological dataset produced by BRITICE-CRHONO will provide an important empirically-based reconstruction of ice sheet retreat, which can contribute towards the debate about the retreat/stability of the marine-influenced ice sheets of today e.g. West Antarctica and Greenland. Answering these questions about ice sheet stability is crucial to understanding and forecasting future sea level rise on Planet Earth as a consequence of warming climate.

ALRL staff associated with this project:

This project was funded by NERC grant (NE/J008672/1). Further information is available at the project website: http://www.britice-chrono.org