Assessing rates of geomorphological processes beyond the period of historical records is often challenging, yet is essential to understand the mechanisms of change, and what drives those changes.Fluvial systems are vital components of the landscape, shaping their immediate environment, providing water resources and transporting sediment and nutrients. The response of fluvial systems to climate and other external forcing is complex, and high quality chronologies covering periods from decades to several thousand years are vital in their study. 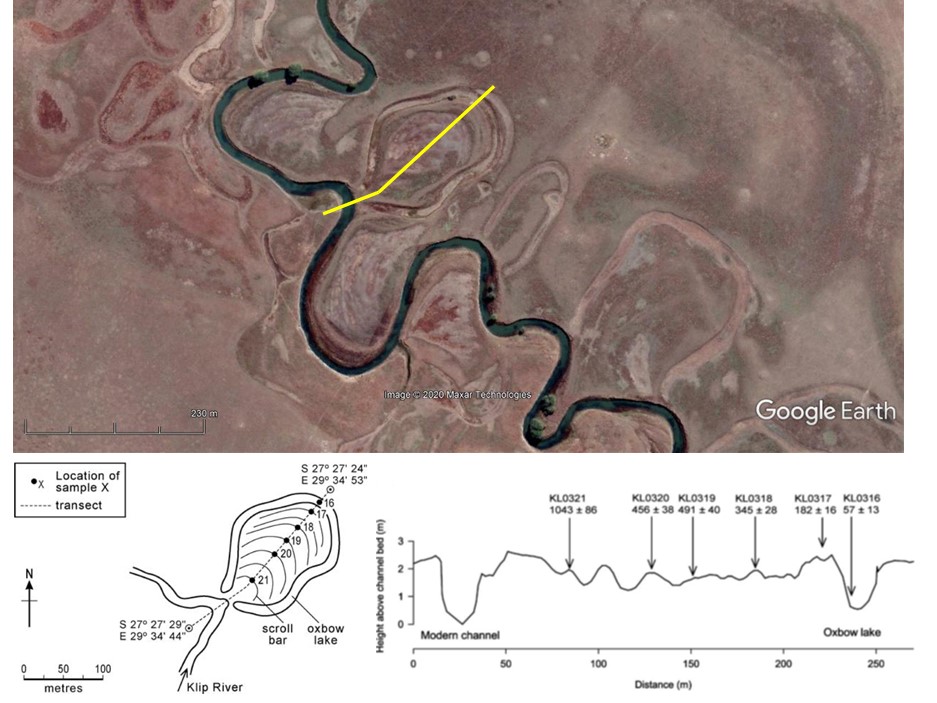 Meander cut-off on the Klip River, South Africa. Dates show that this meander developed in the period from about 1000 years ago to 50 years ago. (Rodnight et al 2005)

The development of single aliquot and single grain methods at ALRL were important in improving the reliability of luminescence of fluvial sediments. ALRL has been involved in developing chronologies for fluvial systems in southern Africa, North Africa, Europe, Asia and Australia.