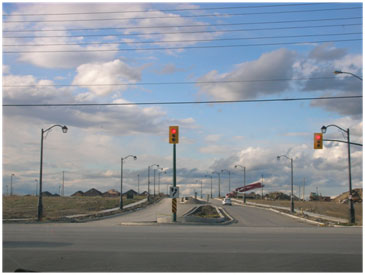 This research collaboration will explore the political use and construction of spaces of urban nature in the metropolitan regions of Birmingham (UK) and Toronto (Canada). Our particular concern in this project is with those greenbelts that have been deployed by urban planners as a basis upon which to enact different metropolitan projects and urban regional visions. We claim that urban greenbelts provide a rich set of insights into the urban spatialization of nature and how nature is enrolled in the construction of new scales of urban governance which empower some, while marginalising others (Desfor and Keil, 2004; Whitehead 2005). This project is also predicated upon the assertion that in addition to supporting the metropolitan appropriation of nature within pro-growth regimes, the construction of greenbelts also offers myriad opportunities for the imaginations of different urban ecological visions and ways of being in the natural world.

By combining an analysis of greenbelt politics in Birmingham and Toronto we hope to gain significant comparative insights into the use of spaces of urban nature within very different socio-political contexts and time frames. Patrick Abercrombie and Herbert Jackson devised Birmingham's greenbelt in 1948. In contrast to Birmingham the Ontario (Toronto) greenbelt is a much more recent creation. Established in 2005, the Ontario greenbelt has been heralded as a strategic spatial solution to the pro-growth and environmental conservation agendas of the metropolitan region (the greenbelt incorporates important environmental features including the Oak Ridges Moraine, the Niagara Escarpment and the tender fruit growing areas of the Niagara Peninsula). By analysing greenbelt formations in Birmingham and Toronto we hope to uncover the different ways in which power, nature and scale become braided within evolving metropolitan development projects.

The principal research objectives of this project are:

to consider how the political struggles to define and use urban nature are expressed in the day-to-day uses and appropriations of existing greenbelts.