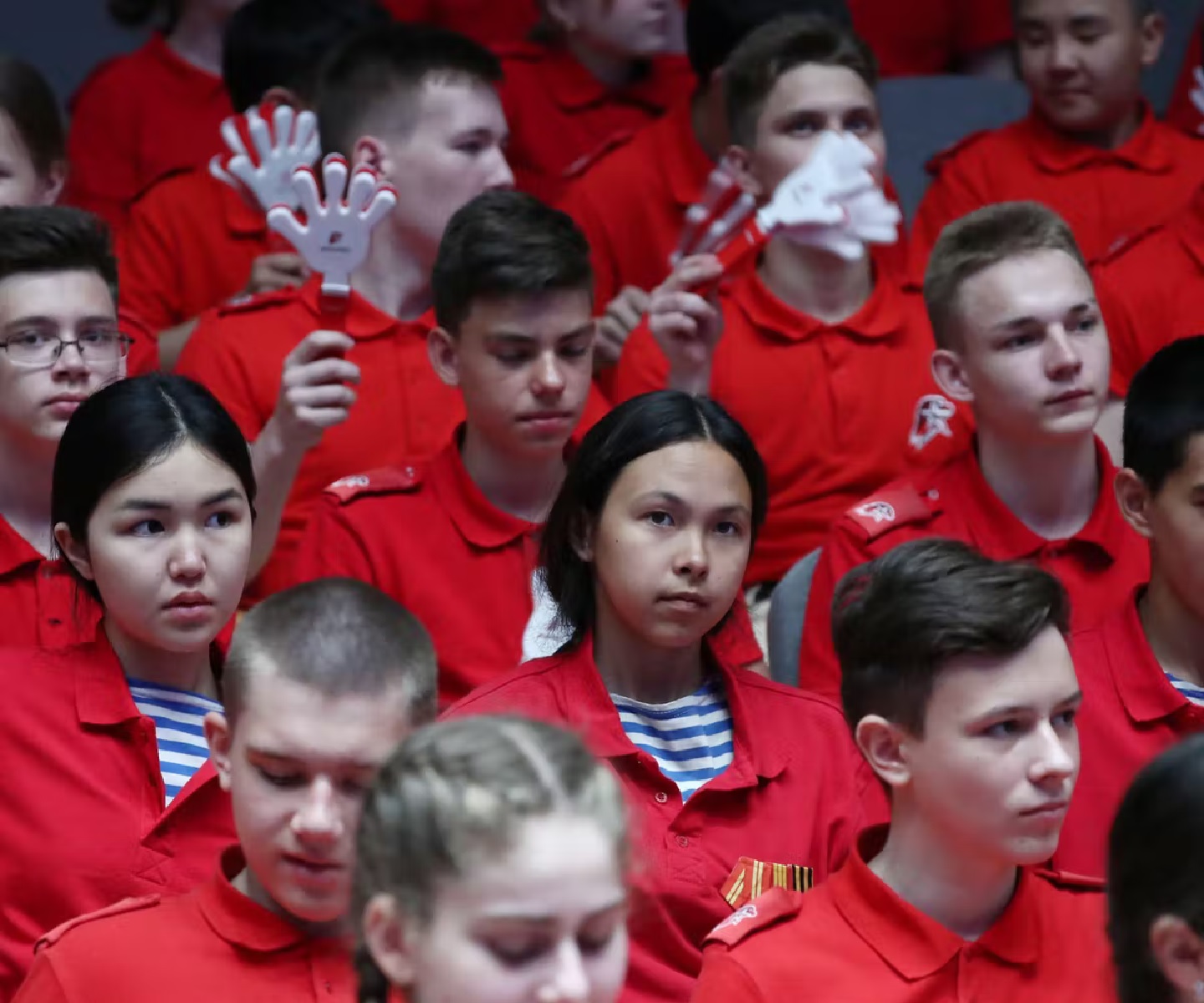 As Russia shifts the focus of its “special military operation” in Ukraine to the Donbas region, there seems no end in sight to the fighting. Casualties on both sides are mounting. While Ukraine is able to call on its citizens to help defend their homeland from Russian aggression, Moscow’s ability to rally and maintain support for this war among ordinary Russians will be crucial for sustaining its military effort.

The Kremlin regards children and young people as a vital part of this effort. The government has launched a series of patriotic education campaigns aimed at Russia’s youth to encourage them to regard the war in Ukraine as a continuation of the second world war and to feel a personal connection to the Russian soldiers fighting there.

Targeting propaganda at young people is not new to Russia. When the Bolsheviks took power in 1917, they introduced patriotic-military education to prepare the next generation for war. During the Brezhnev period from 1964 to 1982, the focus of attention turned to Soviet Union’s victory over the Nazis in what Russia still calls the “great patriotic war”.

There was a strong psychological dimension to Soviet patriotic-military education during the cold war. Heroic stories of self-sacrifice during the great patriotic war were used to develop children’s devotion to the motherland. Whether through activities in youth groups or in more formal educational settings, a clear message was delivered to young people: they had a responsibility to preserve the memory of the victory that their parents and grandparents had achieved.

Since the collapse of the USSR, the memory of the great patriotic war has become even more important to education in Russia. Young people have not only been charged with preserving the state’s version of history, they are also expected to be vigilant and denounce efforts by others to “falsify” and “diminish” Russia’s historical role in the world.

The memory of the great patriotic war is also central to the way that Moscow is justifying its war in Ukraine to Russian society. The baseless claim that Russia was forced to intervene to combat growing Nazi sentiment in Ukraine is now being woven into the messages targeted at Russia’s young people.

One aspect of this campaign was the launch of the “strength is in the truth” initiative. The opening ceremony in Moscow was attended by schoolchildren from regions across Russia, including members of the national Young Army Movement created in 2015. In his remarks at the ceremony, Russia’s education minister, Sergey Kravtsov, said that a situation like the one in Ukraine will never happen again, because “we have wonderful young people … because you believe in Russia, in our country, in our teachers, in our victories, and that you are right! Thank you, guys, for your position, for speaking directly about this and not distorting history.”

Another strand of this campaign is the use of Holocaust memory to bring Nazi atrocities to the forefront of youth consciousness and to make connections with the war in Ukraine. On April 19, the Victory Museum in Moscow opened an exhibition titled Ordinary Nazism. The exhibition highlights “the atrocities of Ukrainian nationalists during the second world war, as well as the mass crimes and terror of modern neo-Nazis against the inhabitants of Ukraine in 2014-2022”.

The same day was also marked as The Day of United Action in Russia in memory of the genocide of the Soviet people that began in Russia by the Nazis and their accomplices. The event involved concerts, exhibitions, rallies and performances in schools and universities across Russia.

In schools throughout Russia, teachers are trying to find age-appropriate ways of connecting children and young people with the soldiers fighting in Ukraine. The youngest children are given simple tasks, such as drawing and colouring pictures of the “Z” ribbon or standing in formations to make the shape of that letter. The (non-Cyrillic) letter “Z” has been turned into a symbol of the war and has become something of a badge for those who support it.

Older children write letters to soldiers serving in Ukraine, especially soldiers who are from their towns or regions, and make care packages to send to them. Schools are now being supplied with desks featuring [images and biographical details] of distinguished soldiers inscribed on them, providing a vivid reminder of the proud history of Russian military heroism that young people are invited to join.

These efforts to deliver carefully constructed messages about the war in Ukraine to children and young people serve several purposes. There are short-term benefits, such as encouraging a positive attitude towards military service in older teenage boys who will be eligible for conscription in the near future. Given the number of Russian soldiers reported as killed in action so far in this conflict, recruitment will remain a crucial part of the war effort.

The work of reaching young people with these messages also makes more Russian adults complicit in supporting the Kremlin’s narrative. Some teachers may genuinely support the war, but for many, this will be just another way of showing their bosses they are doing their jobs well – and perhaps showing the state that they are loyal citizens. The consequences for those who refuse can be serious: there is evidence of pupils reporting their teachers for making disloyal remarks.

In the longer term, patriotic education aims to establish a deep and enduring sense of patriotism, duty and love of country in the next generation of Russian citizens, along with a great deal of respect for the military as an institution. Key to this is Russia’s systematic presentation of its history to new youth groups, while cutting them off from opposing worldviews. The creation of future generations that can be easily moulded to believe the Kremlin’s messages and fulfil its agendas is an important feature of Putin’s toy soldiers.