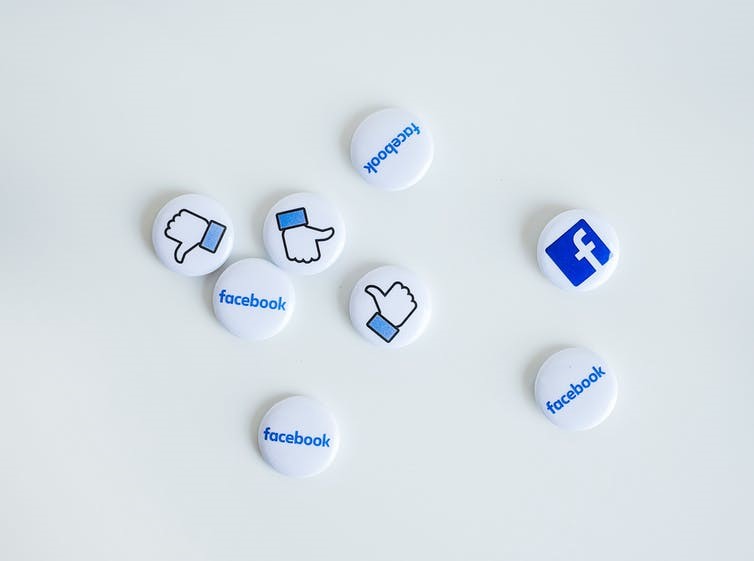 This article is republished from The Conversation under a Creative Commons license:

The number of active users of Facebook (those people who have logged onto the site in the previous month) has reached an historic high of 2.45 billion. To put this in some context, approximately 32% of the global population now use the social media platform, and the trend line of participation is still going up.

With the exception of Google, there has never been a company that has had this many people using its services. In this context, it may seem strange to talk about those who are choosing to leave Facebook. But those who are leaving the platform represent a small, but by no means insignificant, counter current. And many people, perhaps looking to eke back some time from busy lives, are choosing to quit social media as a new year’s resolution.

In 2018, a US survey revealed that 9% of those surveyed had recently deleted their Facebook account, while a further 35% reported that they were using the social media platform less. Despite its economic success and popularity, there seems to be something going on in the original heartlands of Facebook.

Building on my previous work on behavioural influence, I have been trying to find out more about these so called “Facebook deleters”, to better understand their motivations and the implications of choosing to leave the world’s most powerful social network.

In conversations I’ve had with those who have deleted Facebook, it has become evident that people’s motivations for leaving the platform are varied and complex.

My assumption had been that major events, such as the Snowden leaks, the Cambridge Analytica scandal, and revelations about Mark Zuckerberg’s secret meeting with the US president, Donald Trump, were the key motivations for deleting Facebook accounts. But the Facebook deleters I speak to rarely raise political scandals or concerns over data privacy as their primary motivations for leaving the network.

Indeed, when our conversation turns to the Cambridge Analytica scandal, many suggest that this had only confirmed what they had always assumed about how their personal data was being exploited (at least one person had never even heard of Cambridge Analytica).

Many of those who delete Facebook speak of widely recognised reasons for leaving the platform: concerns with its echo chamber effects, avoiding time wasting and procrastination, and the negative psychological effects of perpetual social comparison. But other explanations seem to relate more to what Facebook is becoming and how this evolving technology intersects with personal experiences.

While many people find it difficult to articulate precisely why they joined Facebook (being intrigued or attracted by the site’s novelty, it seems), it is clear that for many the platform has started to play a very different role in their lives. The notion of “oversharing” is discussed as an aspect of what Facebook has turned into, as users find their feeds clogged with information they find gratuitously personal and irrelevant.

Those who joined Facebook at a young age tend to describe their social networks getting too large. The size of a social media network appears to be a significant factor in how useful and trustworthy people find it. We know that social groups in excess of 150 tend to be too large to effectively know and maintain – this is the so-called Dunbar number, named after the anthropologist Robin Dunbar. It appears that in the context of Facebook, those with networks consisting of several thousand people find them increasingly difficult to trust (even when applying rigorous privacy settings).

A further problem for digital natives is the length of time they have been archiving their lives on Facebook. Their Facebook archive often goes back to a time when they were less selective in the curation of their online selves. Such careless sharing is now seen as a threat to the social image they are keen to establish in adulthood.

A recurring theme is the social commitment of being on Facebook. While Facebook enables people to stay connected with their friends, family and communities, it is also seen as generating a new form of digital domestic labour.

One of the reasons for the success of social media, of course, is its ability to tap into our social instinct for knowledge sharing and exchange. But as social networks grow on Facebook, it appears that the costs of mutual obligation (they liked my post, so I had better like theirs) start to outweigh the benefits to being connected.

This is where digital forms of mutual obligation are different to real ones – in the real world we shake hands and say nice things to each other in the moment of encounter. But in the digital world social obligations can quickly accumulate to unsustainable levels.

Although Facebook may still continue to grow, those who leave the platform reveal interesting trends which hint at how future relationships with smart technology and social media will play out.

We are in an era of historically unprecedented opportunities for social connection and engagement. Those who leave Facebook are at one end of a spectrum we all inhabit as we try and work through questions of digital identity, responsibility and collective customs.

Leaving social networks is one of several options we can choose as we attempt to navigate this new world. But Facebook deletion is not just a process of people redefining their digital self. Deletion is also a response to a set of emerging tensions between an evolving technology and social life.

As the economic model of Facebook changes (in both scale, intensity and profit-making) it appears likely that it will encounter clear barriers to its social usefulness and desirability. This is, of course, where we begin to see a clash in values within Facebook itself, as it seeks to reconcile its stated desire to connect the world, with its highly monetised mode of operation.

The small numbers of people who delete Facebook are not going to change Facebook’s economic model anytime soon. But the future may see the company testing the limits of engagement with social media platforms.