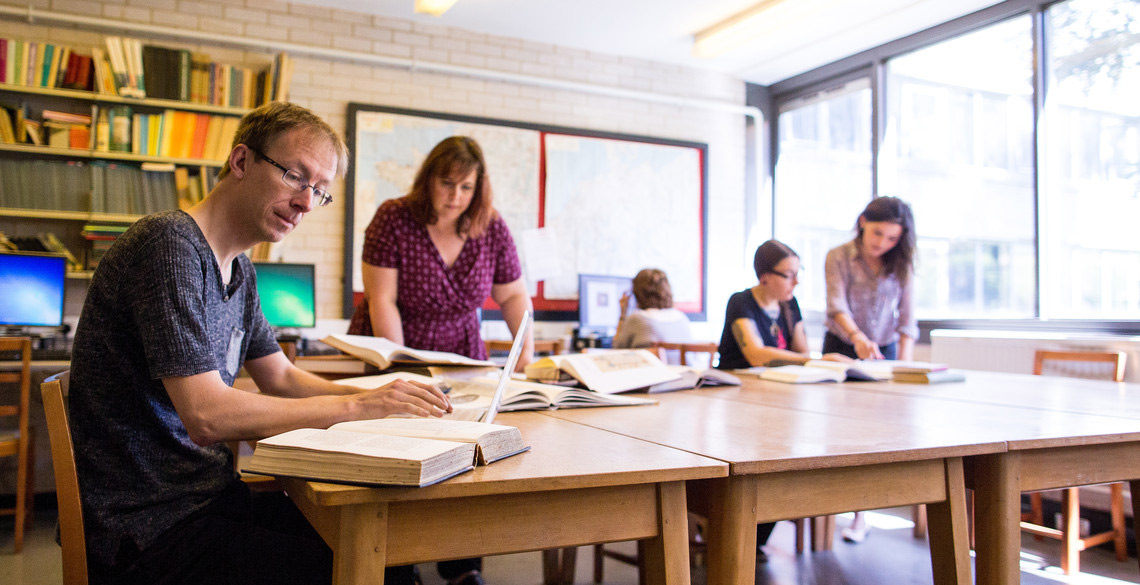 The Anglo-Norman Dictionary (AND) project studies and documents the Anglo-Norman language – a dialect of medieval French which was introduced in Britain after the Norman Conquest in 1066. This language was used extensively in all areas of medieval life in Britain, such as literature, law, religion, commerce, science, education and administration, until the end of the Middle Ages. As a result, Anglo-Norman had a major impact on the development of the English language which cannot be overstated: Modern English words, such as exercise, literature, petty, frail, place or dragon, all originate as loanwords from Anglo-Norman. It has been estimated that Anglo-Norman shaped more than half of the English vocabulary as recorded by the Oxford English Dictionary.

The Anglo-Norman Dictionary was conceived eighty years ago as a comprehensive account of the vocabulary of this language and culminated in a series of volumes printed between 1977-92. A programme of digitization and revision started at Aberystwyth University in 2003 to produce a widely expanded, online second edition of the dictionary (https://anglo-norman.net/), which is still ongoing. The research, carried out by an editorial team at Aberystwyth University, has been funded by five consecutive AHRC grants, and currently focuses on the revision of T-Z. Since 2006 the resource has been freely accessible to the general public. The online AND has established itself as the authoritative resource on Anglo-Norman lexis, providing an essential tool for a wide range of users: academic specialists (including linguists, literary scholars, archivists and historians), as well as non-specialists interested in the life and languages of medieval Britain.

This research project, funded by the British Academy, explores a ‘forgotten’ moment of French colonization. In 1924, in order to promote colonial ideology, several groups of elite students were sent to various parts of the French Empire, to witness the excellence of France’s ‘colonizing mission’ and to become its promoters upon their return – today we would call them ‘colonial influencers’. However, the expeditions failed to reach their aim, and had no tangible results. These expeditions were ultimately forgotten, and were previously unknown to scholarship as well.

Dr Gelléri discovered archival evidence of one of these expeditions, an all-female group travelling to Indochina, today’s Vietnam and Cambodia. Subsequently, he identified the participants of the expedition, and met their descendants, who shared with him a variety of unpublished materials: several travelogues, and hundreds of photographs. Through these accounts, we discover a fascinating story. On the one hand, the students were travelling in luxury: they were kitted out in designer clothes, met the local elites, and marvelled at the sights of Angkor and Halong Bay. On the other hand, the travel was marred by conflict: there were internal clashes, disagreements with the organizers and the students also discovered the darker sides of colonialism.

This unique case study provides an insight into a variety of topics. We gain a better understanding of the experience of colonialism and of its afterlife, and of the early days of colonial tourism. But the project also offers an insight into what it meant to be a female student in the 1920s, in France itself and in the colonies. The project’s aim is to create, beyond scholarly publications, an exhibition and a documentary film.